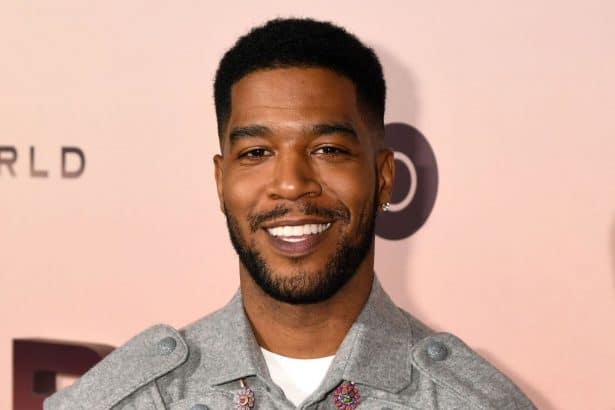 Scott Ramon Seguro Mescudi, better known as Kid Cudi is a 38 years old American rapper, singer, and record producer. As of 2022, Kid Cudi net worth is estimated to be around $16 million.

Cudi is best known for being an influence on many contemporary hip hop and alternative acts. Cudi claimed prominence after the release of his debut mixtape “A Kid Named Cudi”. He is also recognized for his hit commercial debut song “Day n’ Nite”.

Kid Cudi was born Scott Ramon Seguro Mescudi on the 30th of January, 1984 in Cleveland, Ohio, United States. He was born to his parents, Lindberg Styles Mescudi, and Elsie Harriet. His dad, Lindger Styles was a World War II Air Force veteran, who later worked as a house painter and substitute teacher. Likewise, his mom, Elsie has served as a school choir teacher. He was raised by his parents along with two elder brothers and a sister.

Regarding his education detail, he has studied at Shaker Heights High School. Later, he was transferred to Solon High School. However, he was expelled for threatening to punch the high school principal. Later he earned his GED, and then attended the University of Toledo to study film. He eventually dropped out of the University after studying for a year.

Cudi started rapping in 2003 after being inspired by the alternative hip hop grounds, A Tribe Called Quest and The Pharcyde. He later decided to pursue a carer in music, and shift his place to New York City. In 2005, he left Cleveland and moved on to stay with his uncle in the South Bronx. There, he served at a couple of clothing stores. Cudi got to meet his future mentor, Kanye West in 2006. After a year, he came up with a song titled “Day ‘n’ Nite”, which became his first commercial hit.

Cudi released his first full-length mixtape “A Kid Named Cudi” in 2008, which caught the attention of Kenya West. Cudi was eventually signed on West’s GOOD Music label. He dropped his first album titled “Man on the Moon: The End of the Day” in 2009. The album was a big hit that was certified double platinum by the RIAA. In 2010, he dropped his second album titled “Man on the Moon II: The Legend of Mr. Rager”.

Cudi later went on to form a rock band named “WZRD” in a collaboration with Dot da Genius. The two music artist released their debut album in 2012 which peaked at the first spot on the Billboard Top Rock Albums chart. In 2013, he released his solo album titled “Indicud”, which went on to become a major hit.

Besides his involvement in music, he has also appeared in a few movies. Cudi made his screen debut in the 2010 TV drama “One Tree Hill”. In 2010, he appeared in the HBO series “How to Make It in America”. Cudi was cast in his feature film debut “Need for Speed” in 2013. Following year, he starred in the CBS series “Scorpion”. He appeared as a villain in the 2016 crime thriller movie “Vincent N Roxxy”.

Kid Cudi has recently appeared at the 2021 CFDA Awards, where he dressed up as a bride. He gave bridal energy at the event, as he looked like he was getting ready to walk down the aisle in a bridal dress that was designed by the designer, Eli Russell Linnetz.

As of 2022, Kid Cudi’s personal wealth is estimated to be around $16 million. He has earned a big amount from his music career. Cudi purchased a $7.7 million worth 9000 square foot house in July 2021, which is located in Calabasas, California.

Pusha T Net Worth: How Rich is the Rapper Actually in 2022?