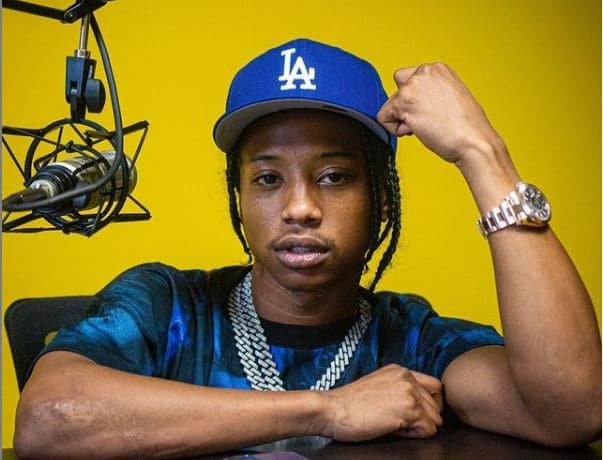 Quinton Armani Gardner, better known as Pressa is a Canadian rapper, singer, and songwriter. He is best known for his hit song “Novacane” from his Press Machine mixtape. As of 2022, Pressa net worth is estimated to be around $200 thousand.

Pressa was born Quinton Armani Gardner on the 10th of May, 1996 in Toronto, Ontario, Canada. His father is a Jamaican, and his mother is from the Philippines. Pressa was primarily raised by his mom. His dad was sentenced to 15 years in jail for committing second-degree murder. He grew up along with his elder brother in the Driftwood neighborhood of Jane Jane and Finch in Toronto. The place is famous for its gang affiliation and activities.

Pressa seems to have interest in rapping since his childhood days. He came into notice after his song titled Novacane received immense popularity in 2017. The song was produced by the Canadian record producer, Murda Beatz. On January 17, 2017, the official music video of the song was uploaded on the World Star Hip Hop YouTube channel. To date, the music video has garnered over 2.6 million views.

Pressa got an opportunity to perform on Boy Meets World Tour, where he opened for the Canadian rapper, Drake. During that time, he was also featured in the Canadian documentary movie “6ix Rising”, which was made on the story of hip hop culture in Canada. In December 2017, he received further recognition after releasing the song titled “Canada Goose”. The song also features the rapper, Tory Lanze.

You May Also Like:   London on da Track Net Worth: How Rich is the Rapper Actually?

On December 9, 2017, the official music of the song “Canada Goose” was released on Blue Feathers Records YouTube channel. To date, the video has received over 23 million views. Pressa has also been featured in other rapper’s songs such as “Sexy”, “D Ting Set”, and “Up & Down”. He came up with another hit song titled “420 in London”, which featured the rapper, Lil Uzi Vert.

Pressa released his debut studio album titled “Prestige” in 2019, which was named after his father. The album became a big hit, which peaked at Number 1 place on the iTunes hip hop music charts of Canada. In July 2019, he collaborated with the rappers, Russ and Taze, and sang the song titled “Vida Loca”. Pressa was signed to Sony Music Canada in May 2019.

Pressa is currently dating an American rapper, Coi Leray. She is the daughter of the Hip Hop mogul, Benzino. Pressa and Coi’s romance sparkled up when both worked on a song titled Attachments. He often receives negative comments on his girly look. Recently, in June 2021, some online critics said Pressa looks like a girl, and soon after the comment was heard by Coi, she strongly came into his support.

Pressa has amassed an approximate net worth value of around $200 thousand by 2022. He has been able to gather a satisfying amount from his rapping career. He must also be earning a considerable amount from his self-titled YouTube channel, which has 60.8K subscribers, and over 16 million views.

Benzino Net Worth: How Rich is the Rapper Actually in 2022?