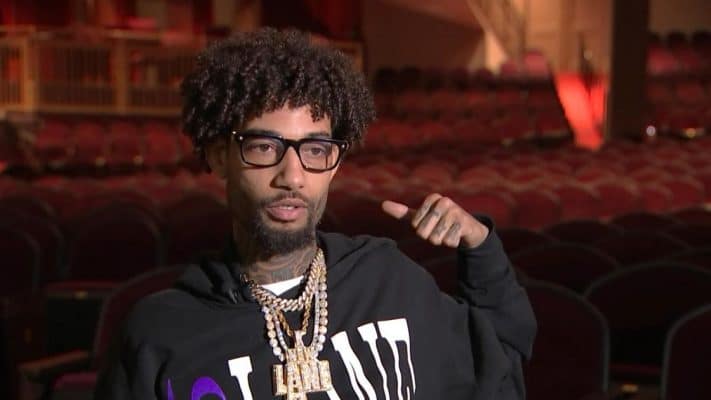 PnB Rock is a famous American rapper, best recognized for his hit singles “Fleek” and “Selfish”. He also became popular with the release of his first studio album “Catch These Vibes” in 2017. As of 2022, PnB Rock net worth is estimated to be around $4.5 million.

PnB Rock was born on the 9th of December, 1991, in Germantown, Philadelphia, United States. His real name is Rakim Hasheem Allen. He was raised by his mother, along with four siblings. His father was killed when he was just 3 years of age. He used to steal things and fight in school, due to which, he had to spend some time at a youth detention program.

As he turned 19, he got involved in criminal activities and drug possession. He even spent 33 months in jail for possessing drugs and getting involved in other crime scenes. After release from prison, he spent days roaming around the streets, as he didn’t visit his mother.

PnB grew up listening to the songs of rapper 2Pac. His uncle, Moe has motivated him to pursue a career in music. Later, he came up with the stage name PnB Rock. He adopted the stage name, paying homage to street corner Germantown, Pastorius, and Baynton.

PnB initiated his music career by releasing a mixtape titled “Real N*gga Bangaz” on June 24, 2014. He got the opportunity to shine as a singer, after getting signed under Atlantic Records in 2015. With the record label, he released his third mixtape titled ‘RnB3”.

PnB gave the first hit song of his career “Selfish” in June 2016. The song received an overwhelming response from audiences. It also peaked at the 51st spot on US Billboard Hot 100.

He came up with his second mixtape album “GTTM: Goin Thru the Motions” on January 10, 2017. The mixtape became a big hit. It even secured its spot on US Billboard 200 chart, peaking 28th place. In 2017, he sang two songs for the movie “The Fate of the Furious”, along with renowned rappers Wiz Khalifa, Young Thug, and 2 Chainz.

PnB released his first album “Catch These Vibes” in 2017. The album helped him to get more fame, as it peaked 17th place on Billboard 200 Chart. The album also secured 6th place on the US Rap chart.

His second album “TrapStar Turnt PopStart’ was released on May 3, 2019. It became a massive hit peaking 4th spot on Billboard 200 chart. His recent song ‘Rose Gold” featuring King Von, was released on January 22, 2021. The music video of the song crossed over 8 million views on YouTube.

PnB Rock has dated an Instagram model, Stephanie Sibounheaang for two years. He became the father of a little girl named Xuri Li Sibounheuang on April 30, 2020. It’s in the news that he has broken up with Stephanie. Though it’s quite unclear why the couple broke up. But, Stephanie has given a hint through her Twitter that PnB has cheated on her.

In February 2020, he was arrested by the police for smashing three parked cars. He was arrested on a charge of reckless driving in Burbank. Later, he was released on $100,000 bail.

PnB Rock has earned a huge fortune of $4.5 million by 2022. He has gathered the hefty sum from his singing career. PnB also runs a self-titled YouTube channel, PnB Rock where he has 1.95 million subscribers.