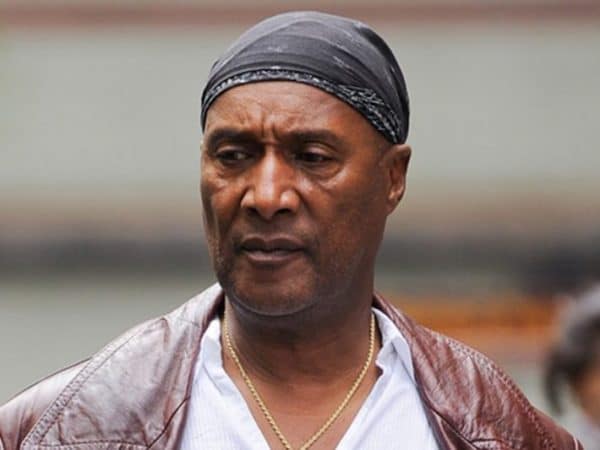 Paul Gladney better known as Paul Mooney was a famous American comedian, actor, and writer. He is best known for his frequent appearances on the comedy TV series “Chappelle’s Show”. Paul is also known for being a writer of popular comedian, Richard Pryor. Paul Mooney net worth before his death is estimated to be around $500 thousand.

Paul took his last breath on May 19, 2021, at his Oakland-based house. His publicist, Cassandra Williams confirmed his death news to CBS News on May 19. The actor died because of a heart attack.

Paul Mooney was born on the 4th of August, 1941 in Shreveport, Louisiana, United States. At 7 years of age, he moved to Oakland, California. He was born to parents, George Gladney and LaVoya Ealy. Though, he spent most of his early days with his grandmother, Almay Ealy. He took the nickname, Mooney from the Scarface movie actor, Paul Muni.

Paul had his early job as a ringmaster at Gatti-Charles Circus. While working there, he was always cracking jokes and writing comedies. Later, his humorous side helped him to gain work as a writer for a famous standup comedian, Richard Pryor. He had written some of Richard’s routines for his show “Saturday Night Live”.

Moreover, he was helping him to write comedy material for other shows “Live on the Sunset Strip”, “Is It Something I Said” and “Bicentennial Nigger”. Later, he became a head writer for his show “The Richard Pryor Show”. While working in the show, he has provided many breakthrough roles for the newcomers like Robin Williams, Marsha Warfield, Sandra Bernhard, Tim Reid, and John Witherspoon. He has also worked as a head writer for a year on Fox’s comedy show “In Living Color”.

Paul had his first movie appearance in 1970 movie titled “Carter’s Army”, where he appeared in the small role of Soldier. Then, he continued appearing in minor roles in other movies. His first noticeable role came in the 1978 movie “The Buddy Holly Story”. He gave a brilliant performance as Sam Cooke in the movie.

In 2000, he made an appearance as Junebug in the satirical comedy-drama movie “Bamboozled”. His amazing performance in the movie earned him wide recognition and appreciation. He made his last movie appearance in the 2016 movie “Meet the Blacks”, appearing as Klansman.

Mooney became more popular after he appeared on Comedy Central’s comedy show “Chappelle’s Show”. Later, he started appearing as Negrodamus in the show, which helped him to get more fame. He made his last TV show appearance in 2013 for the BET”s reality TV parody, “Real Husbands of Hollywood”.

Paul Mooney was married twice in his life. First, he tied the knot with an actress, Yvonne Mooney in 1973. However, they separated after living together for few years. He later got married to a lady named Shelley. From his first married life, he had five children; Dwayne, Spring, Symeon, Daryl, and Shane.

The talented actor and comedian, Paul left this world on May 19, 2021, due to a heart attack. All his kids were shocked and heartbroken by his father’s demise. His daughter, Spring even wrote a sad tweet on Twitter, “My best friend just died and my world is forever shaking!”.

Paul Mooney has definitely left a legacy to remember with his lot of incredible work as a comedian, actor, and writer. At the time of his demise, Paul had accumulated a total net worth value of $500 thousand. He has also written a book titled “Black Is the New White”, where he revealed some of his early life memories.

Bryshere Gray Net Worth: How Rich is the ‘Empire’ Actor Actually?

Charles Grodin Net Worth: How Rich Was the Actor Actually?