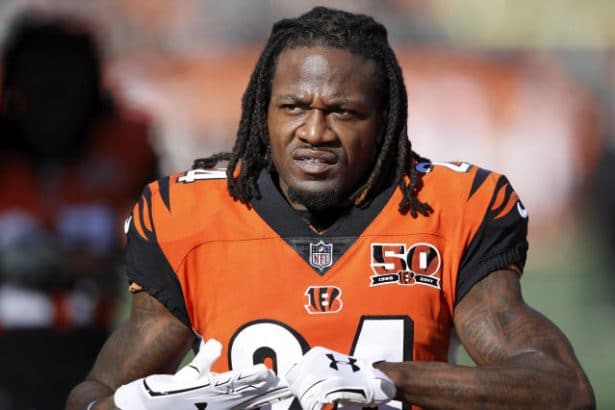 Adam Bernard Jones, who is better known as Pacman Jones, is a former professional football player and professional wrestler who was associated with Total Nonstop Action Wrestling. As of 2022, Pacman Jones net worth is estimated to be around $5 million.

Jones played for several teams in the NFL after initially being drafted to the Tennessee Titans. Some of the other teams he contributed for included the Cincinnati Bengals, Denver Broncos, and Dallas Cowboys.

Packman Jones was born on September 30, 1983, in Atlanta, Georgia. His father was killed when he was only about eight years old. Because of this, he was raised by his mother and grandmother. Jones studied at Westlake High School which was well-known for producing quality players who went on to play in the NFL.

During his time at the school, he was even selected to be the Player of the Year of the conference in Georgia-Florida. Furthermore, he was also part of the team that won the state championships two times.

Jones would then become part of West Virginia University where he became an important part of the squad. At the same time, he was continuing his studies by taking an Athletic Coaching Education major. He was able to become one of the highest-ranking players in the squad because of which he decided to get into the NFL draft in 2005 when he was still in his junior year.

Pacman Jones Net Worth and Career

Jones was drafted to the Tennessee Titans but had some problems with the management regarding the training camp in his debut season. However, he had a good rookie season which was followed by an impressive set of performances in the second season. Though he was performing well on the field, there were several controversies that Jones was involved in outside the field that led to the Titans being in a tough position regarding him.

In 2007, it would be announced by the NFL that Jones had violated the policies of the NFL and as a result was facing a one-year suspension. This was a major setback for the young player who sent out a public letter mentioning that he would be coming back stronger. Jones also utilized this time to finish his degree at West Virginia University. Furthermore, since he was already a well-known personality, he got an offer from TNA which was a wrestling promotion. He would be involved in some of the performances there too during this time.

After a year, Jones came back to the NFL where he would now become part of the Dallas Cowboys signing a four-year contract with them while also agreeing to the Titans to donate $500,000 to their chosen charity.

Over the years, his career would lead to him being a part of several teams including the Winnipeg Blue Bombers whom he joined in 2009, and later the Cincinnati Bengals whom he joined in 2010. He was associated with the Bengals for 7 years during which he was an important member of the roster. After a career that spanned many ups and downs mostly because of legal issues, Jones decided to retire in 2019.

You May Also Like:   Justin Gaethje Net Worth: How Rich is the MMA Fighter Actually?

Jones is married to Tishana Holmes with whom he has three children. Activities outside the field have had a severe effect on his career. He has been arrested multiple times including on charges of assault as well as felony vandalism.

As of 2022, Pacman Jones has an estimated net worth of $5 million. He earned the majority of that money during his time as a NFL player.

Christy Martin Net Worth: How Rich is the Former Boxer Actually?

Jermall Charlo Net Worth: How Rich is the Boxer Actually in 2022?