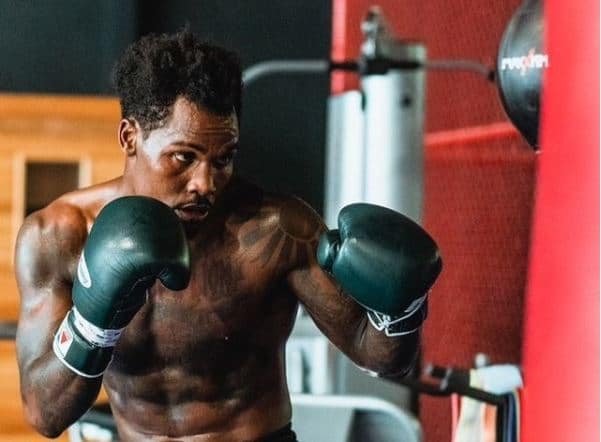 Jermall Charlo was born on the 19th of May, 1990 in Lafayette, Louisiana, United States. He has a twin brother named Jermell, who is also a professional boxer. Jermall and his twin brother, Jermell, has followed his father’s footstep, who was a former boxer. He is a graduate of Alief Hastings High School.

Jermall made his professional debut on August 12, 2008, against Cimmaron Davis. In his first fight, he got the victory in the 2nd round technical knockout. Charlo then faced Deon Nash on July 11, 2009, which he won through a comfortable unanimous decision. Later, he fought against him on a rematch on August 28, 2010. He remained undefeated for over the next five years where he defeated tough fighters like Antwone Smith, Orlando Lora, and Norberto Gonzalez.

Jermall won the IBF light middleweight title on September 12, against Cornelius Bundrage. He officially vacated his IBF title on February 16, 2017.  He gave up his title to move up to the middleweight division. In March 2017, it was announced by ESPN Deportes that he would be fighting WBC Number 1 ranked boxer, Jorge Sebastian Heiland in the final eliminator.

Jermall defended his middleweight title against Brandon Adams on 29 June 2019. He was able to dominate Adams throughout the fight, and in the end, he won the fight via a wide unanimous decision. On 7 December 2019, he defended his title against ranked 5 boxers, Dennis Hogan. Charlo took over the TKO victory against Hogan in the seventh round. Charlo was successful to defend his middleweight for the fourth time against, Juan Macias Montiel on June 19, 2021.

Jermann Charlo is a married man who tied the knot with a lady named Shantel Charlo. His wife, Shanel is a fashion enthusiast who runs her own line of beauty products. Charlo shares five kids with his wife, Shantel.

Charlo has recently fallen into controversy after he was charged with three counts of felony robbery in San Antonio. He was reported to have assaulted a waiter of Privat Martini Bar & Social Club in July, and he also took off all her tips. As per the reports, he grabbed two black waiter books, removed his identification from one, and stole cash from another.

Charlo went for the robbery after his credit card was repeatedly declined. He also accused the waiter of trying to rob his credit card. Charlo recently appeared in Bexar County authorities on August 25 after San Antonio police presented multiple felony robbery warrants against him.

As of 2022, Jermall Charlo’s personal wealth is estimated to be around $3 million. He has gathered a vast chunk of money from his professional boxing fights. Charlo reportedly earned $500,000 when he fought against Austin Trout in 2016. Likewise, he received $700,000 after fighting against Dennis Hogan and Brandon Adams. Charlo received a whopping $1.25 million for his match against Sergiy Derevyanchenko.

Pacman Jones Net Worth: How Rich is the Retired NFL Player Actually?

Steven Johnson Net Worth: How Rich is the Former NFL Player?