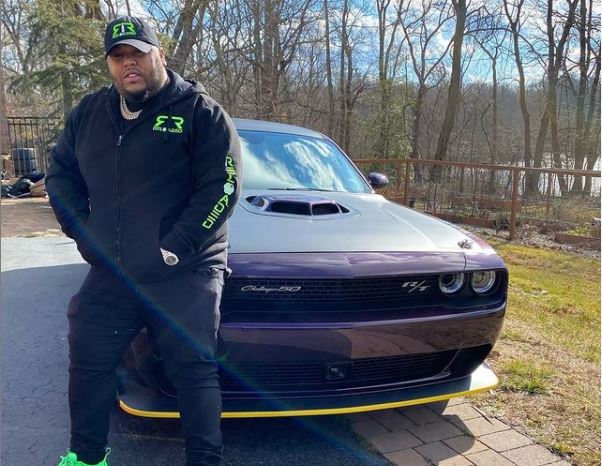 Bill Omar Carrasquillo, better known as OMI In a Hellcat is an American automotive YouTube star and music artist. He is best known for making automotive content on his YouTube channel “OMI In A Hellcat”. As of 2021, OMI In a Hellcat net worth is estimated to be around $50 million.

OMI In A Hellcat was born Bill Omar Carrasquillo on the 6th of August, 1986 in the United States. He was born to Julio Carrasquillo, a real estate agent in Philadelphia. His mother was not able to take care of him because she suffered from drug addiction. He was raised by his father and stepmother.

OMI In A Hellcat Net Worth & Career

OMI has worked as a pizza delivery guy for 5 years before he got into several other business ventures. He also re-sold several games and formed a hosting company, where he hosted popular games like Minecraft, and Grand Theft Auto 5. Later, he went on to become an application developer. He has in fact developed several successful apps, and even earned a hefty amount from selling the apps.

OMI has likewise ventured into IPTV, where he founded the IPTV application “Gear TV Reloaded”. However, the IPTV was later shut down, after the FBI conducted a raid on his house. Though, before IPTV was close, he was able to generate a huge fortune. He used the amount earned from IPTV in other entrepreneurship deals like real estate, construction, and nightclubs. In fact, he owns 2 nightclubs “Philly 21” and “Unicas”.

You May Also Like:   Janice Dyson Net Worth & Wiki: How Rich is John McAfee's Wife?

OMI became popular after he started making automotive posts on his self-titled YouTube channel “OMI In A Hellcat”. He created his YouTube channel on February 5, 2016, and started making videos on his daily life. He has recently made a video on the title “Taking Delivery of 2021 Durango Hellcat (Tracktion response)”, which was premiered on June 3, 2021. Some of his popular songs are “Waste My Time”, “Know The Feeling”, “Call Back”, and “Sense”.

OMI In A Hellcat Personal Life

OMI In A Hellcat seems to be dating a lady named MiMi. She often gets featured in OMI”s videos. Likewise, OMI has also shared a picture with her on Instagram. On May 5, 2021, he shared a picture with Mimi, with the caption “With My Favorite Person”. OMI also has 2 sons; Omir and Nomar, from his previous relationship. However, we are yet to get more information on his past love affairs.

OMI In A Hellcat Net Worth

As of 2021, OMI in a Hellcat’s net worth is estimated to be around $50 million. He earns an approximate revenue of $500 in a day from his YouTube channel, which makes his annual earning $180,000. OMI also earns a handsome figure from his other ventures like real estate, construction, restaurant, and nightclubs. As per sources, he owns over 300 properties in Philadelphia.

Dan Jewett Net Worth: How Rich is Mackenzie Scott’s Husband?