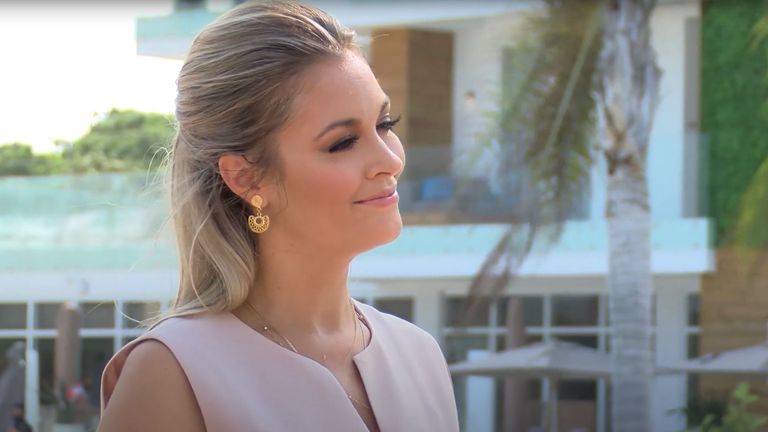 Jasmine Hartin Ashcroft is a socialite who is the partner of Andrew Ashcroft who is the son of British billionaire Lord Michael Ashcroft. Hartin has been arrested on charges of shooting a police officer to death in Belize.

Jasmine used to work as a real estate associate for a company called SANCAS Realty. As of right now, she is the director of lifestyle and experience for her partner, Andrew Ashcroft’s luxury resort called Alaia.

Jasmine Hartin is married to Andrew Ashcroft whose father is Lord Michael Ashcroft. Lord Ashcroft is a well-known donor of the UK Conservative Party. The Ashcroft family has had business interests in Belize for over 20 years and as a result, Andrew along with Jasmine has been staying there. Her partner has made his name as a well-known developer in Belize over the years.

Andrew Ashcroft is a well-known developer in Belize. The two were last publicly seen together in May of 2021 when he had opened the Alaia Belize, Autograph Collection hotel with photos emerging on social media platforms. Hartin who is in her 30’s has two children together with Andrew.

Yet, her personal life has been overshadowed by the recent incident of being in custody and investigated for the death of a San Pedro superintendent named Henry Jemmott. Jemmott was the father of five and knew Jasmine Hartin. They were talking to manage security for Jasmine.

You May Also Like:   Sonya Curry Net Worth: How Rich is Stephen Curry's Mother?

The two were friends and were drinking when they were together on the day of his death with Jemmott’s body being found in the water off a pier in the region of San Pedro. He had a gunshot wound right behind his ear. According to Hartin’s claims, she has confessed to having accidentally shot the police officer.

Hartin was giving a massage to Jemmott because of his shoulder pain and while they were drinking, she accidentally shot him. Later on after the shot, she panicked and left the body in the water. Her claims are being questioned by authorities and those who knew the police officer Jemmott with them being skeptical of how the trained police officer could let the described situation from Hartin happen.

Hartin is in custody right now and if found guilty can face up to 25 years in prison. However, if the accidental claim is found to be true, she is expected to either face 5 years in prison or a fine of $10,000.

Before the incident where she has been arrested on charges of shooting the San Pedro Superintendent Henry Jemmott, Hartin had not come to much attention publicly. As a result, very little is known about her upbringing.

Though Jasmine Hartin’s net worth is unknown, her husband Andrew comes from a well-off family. His father was the 95th richest person in the world in 2017 with a net worth of $2.1 billion today.

OMI In A Hellcat Net Worth: How Rich is the YouTuber Actually?