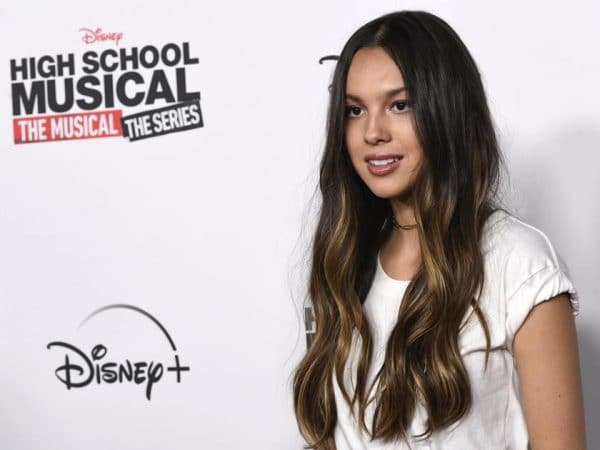 Olivia Rodrigo is an American singer, actress, and songwriter. She is best known for her hit single “Drivers License”. As of 2022, Olivia Rodrigo net worth is estimated to be around $6 million.

Olivia was born on February 20, 2003, in Temecula, California. She was born to a Filipino-American father and an Irish-American & German-American mother. Regarding her education, she went to Lisa J. Mails Elementary School and Dorothy McElhinney Middle School.

Moving on to her relationship status, Olivia Rodrigo might be currently single. However, she has been involved in relationships with several actors in the past. Her first boyfriend was Ethan Hacker. They were in a relationship since 2018 but after a year they decided to part ways. Nonetheless, they are still good friends and she did even congratulate him after he got into college.

Her second affair was with High School Musical co-star, Joshua Bassett. However, both of them denied having an affair. She was also linked with a guy named Colin Haskins but we don’t know much about that.

Olivia has been earning most of her money by appearing on several films and television shows. She started her career as a model appearing in an Old Navy commercial.

Her acting career started in 2015 when she was just 12 years old. She portrayed the lead role of Grace Thomas in the film ‘An American Girl: Grace Stirs Up Success’. A year later, she was cast as Paige Olvera in the Disney Channel series ‘Bizaardvark’. She played that role for around three seasons.

In 2019, Olivera was cast in the role of Nini Salazar-Roberts on the Disney+ series ‘High School Musical: The Musical: The Series”. In that series, she wrote “All I Want” and co-wrote a song “Just For a Moment” with co-star Joshua Bassett.

Olivia is now focusing her career in music too. In 2020, she signed a record deal with Interscope Records and Geffen Records. On January 8, 2021, she released her debut single “Drivers License” which is a massive hit. Within the first week of its release, the song managed to broke Spotify’s record twice for most daily streams ever. She had 15.7 million streams on the first day of its release and 17 million global streams the day after.

What is Olivia Rodrigo Net Worth Actually?

As of 2022, Olivia Rodrigo’s personal wealth stands to be roughly $6 million. She earned most of her money from acting. She has been playing different roles in the television series since she was 12 years old. In addition to that, her hit single “Drivers License” has also contributed massively to her wealth. Olivia is just 19 years old and there is many more to come from her brilliant acting roles and pleasant voice.

Linda Evangelista Net Worth: How Rich is the Model Actually in 2022?

Lisa Raye Net Worth: How Rich is the Actress Actually in 2022?