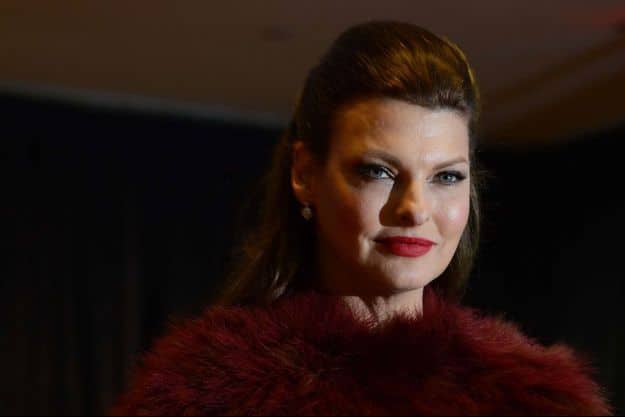 Linda Evangelista is a 57 years old Canadian fashion model, who has been featured on more than 700 magazine covers. She is one of the most influential and accomplished models of all time. Linda is previously recognized as the long-time muse of fashion photographer, Steven Meisel. As of 2022, Linda Evangelista net worth is estimated to be around $42 million.

Linda Evangelista was born on the 10th of May, 1965 in St. Catharines, Ontario, Canada. She was born to Italian immigrants, who immigrated to U. S. from Pignataro Interamna. Linda grew up with two siblings in a working-class Roman Catholic household. Her dad, Tomaso used to work at General Motors, and her mom, Marisa was a bookkeeper.

For her study, she attended the Denis Morris Catholic High School. She took a self-improvement course when she was 12 by attending a modeling school. Linda started modeling in her hometown as a teenager. She competed in the Miss Teen Niagara beauty pageant in 1981. Though she didn’t win the title, she was noticed by the Elite Model Management.

At some point, she decided to quit modeling after she suffered from an unpleasant experience like nudity during an assignment in Japan. However, after two years of returning to Canada, she decided to began her modeling career again.

At age 19, she launched her International high-fashion career by moving to Paris. She did her first major fashion magazine cover shoot for the November 1984 issue of French fashion magazine “L’Officiel”.

Linda met the fashion photographer, Steven Meisel in 1986 with whom she formed a good friendship. She and Steven worked together on many professional collaborations. In the working process, she eventually became Steven’s muse. During the late 1980s and early 1990s, she started recognizing as one of the known 5 supermodels.

Evangelista has carried a different hairstyle in her modeling career. She was even referred to as the chameleon of the fashion industry for constantly reinventing herself with different hairstyles. Linda received a $7.75 million modeling contract with the British personal care brand, Yardley of London in 1996. After two years in 1998, she decided to retire modeling and settled down on the French Rivera.

However, she made a noteworthy return in 2001 by appearing on the cover of the September issue of Vogue. She was chosen as the face of the spring 2015 campaign by the Canadian department store, Hudson’s Bay. Linda later appeared on the cover of Zoo Magazine’s 50th issue in April 2016.

Linda has also been a part of various documentaries. She has appeared on the documentary series “Models: The Film”, “Pret-a-Porter”, “Unzipped”, “Catwalk”, “Mademoiselle C”, “Mode als Religion (Fashion as a Religion”, and “George Michael Freedom”. She has also appeared as a model for British singer, George Michael’s two music videos “Freedom! ‘90” and “Too Funky”.

Linda Evangelista was married to the head of Elite Model Management’s Paris Office, Gerald Marie in 1987. She spent six years together with hubby Marie and ended her relationship by divorce in 1993. Later, she started dating actor, Kyle MacLachlan. She even became engaged to him in 1995, however, the pair officially broke up in 1998.

You May Also Like:   Lisa Raye Net Worth: How Rich is the Actress Actually in 2022?

Linda also dated football player, Fabien Barthez. During her relationship with Fabien, she became pregnant, though, she suffered a miscarriage in six months. The pair officially separated in 2002. Linda gave birth to a son named Augustin James in October 2006. In June 2011, she filed court papers that revealed the father of her son is Francois-Henri Pinault, whom she dated in late 2005 and early 2006. On May 3, 2012, the child support trial was started. After 7 days into the trial, the pair settled out the matter by reaching an out-of-court settlement.

Linda has recently filed a $50 million lawsuit against the cosmetic procedures. She filed the lawsuit in New York Federal Court on Tuesday, September 21, against Zeltiq for misleading advertising and negligence. She also made an allegation to the company that they didn’t warn customers about the possible side effects.

After the procedure, she is suffering from paradoxical adipose hyperplasia (PAH) due to which her body part is swelling in the areas that were treated.

As of 2022, Linda Evangelista’s personal wealth is estimated to be around $42 million. She was earning $25,000 per day in the 1990s, and she was getting around $5-8 million per year at the peak time of her modeling career.

Cassandra Peterson Net Worth: How Rich is the Actress in 2022 Actually?

Olivia Rodrigo Net Worth: How Rich is the Singer Actually?