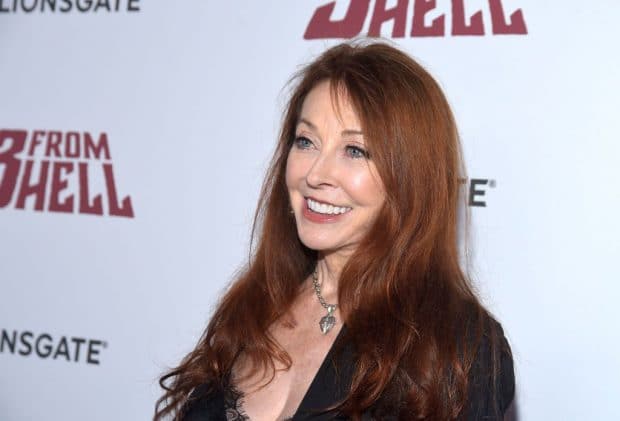 Cassandra Peterson is a 70 years old American actress, who is best known for appearing as the horror hostess Elvira, Mistress of the Dark on KHJ’s weekly show “Elvira’s Movie Macabre”. As of 2022, Cassandra Peterson net worth is estimated to be roughly $4 million.

Cassandra Peterson recently made a shocking revelation through her memoir titled “Yours Cruelly, Elvira: Memoirs of the Mistress of the Dark”. In the memoir, she discussed her 19-year relationship with a woman named Teresa “T” Wierson.

Cassandra Peterson was born on the 17th of September, 1951 in Manhattan, Kansas, United States. She spent three months in the hospital after the boiled water burned her body. Cassandra was just a toddler when the boiled water was scalded over her body.

Peterson was more often interested in horror-themed toys since she was a kid. She was different from other girls who used to spend their time with Barbie dolls. Cassandra was in elementary school when she watched the first horror movie titled “House on Haunted Hill”.

A post shared by Elvira, Mistress Of The Dark (@therealelvira)

You May Also Like:   La La Anthony Net Worth: How Rich is the Actress Actually in 2022?

In the starting days, Cassandra has served as a drag queen go-go dancer in a gay bar in Colorado Springs, Colorado. Likewise, she appeared as a showgirl in some movies. She has even appeared as a topless dancer in the 1974 released movie “The Working Girls”. Peterson later in the 1970s shifted her place to Italy where she started her singing carer by becoming a lead singer of the Italian rock bands “The Snails” and “Latins 80”.

In 1972, she got to play a small role in the movie “Roma”, and then she moved back to the United States. Cassandra gave an audition for the role of Ginger Grant for the TV movie “Gilligan’s Island”. However, she was not selected for the role. Then, for a year from 1982 to 1982, she worked at a Los Angeles radio station, KROQ-FM 106.7.

Peterson’s career picked up after she was selected as horror hostess, Elvira, Mistress of the Dark on the KHJ’s weekly show called “Elvira’s Movie Macabre”, The weekly show ran from 1981 to 1986, and after over two decades, the show returned in September 2010. The new series of 13 episodes titled “13 Nights of Elvira” started premiering on October 19, 2014. Her last appearance was in the 2020 horror movie titled “In Search of Darkness: Part II”.

Cassandra Peterson was married to a musician, Mark Pierson. They exchanged their wedding vows in 1981. Together, they share a daughter named Sadie Pierson. Peterson and Pierson ended their relationship through a divorce on February 14, 2003. After breaking up, she started dating a woman named Teresa “T” Wierson.

You May Also Like:   Brittany Murphy Net Worth: How Rich was the Actress Actually?

Peterson has provided detailed insight on her relationship with a gym trainer, Teresa in her memoir, Yours Cruelly, Elvira: Memoirs of the Mistress of the Dark. Cassandra has shared in the memoir that she has been in a relationship with Teresa for 19 years.

Peterson started having feelings for Teresa after she met her at Gold’s Gym in Hollywood. She initially thought that Teresa was a male, but, later she discovered Teresa’s real gender after she walked into a ladies room.

As of 2022, Cassandra Peterson’s personal wealth is estimated to be around $4 million. She has earned a big amount from her involvement in the entertainment industry for over five decades.

Linda Evangelista Net Worth: How Rich is the Model Actually in 2022?