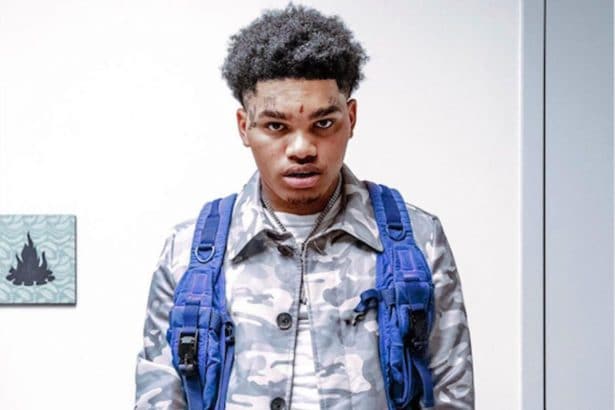 Kobe Crawford better known as NoCap is an American rising rapper. He is best known for his hit songs “Legend” and “Ghetto Angels”. He is also known for his collaboration songs with hip-hop artist, Rylo Rodriguez. NoCap and Rylo have given many hit numbers like “Dead Faces” and “How We Roll”. As of 2022, NoCap net worth is estimated to be around $1 million.

NoCap was born on the 20th of August, 1998 in Mobile, Alabama, United States. At just 9 years of age, he started rapping on stage. As he grew up, he adopted emphatic soul-searching lyrics since he was grown up in dangerous street life. He even lost some of his friends in gun violence.

NoCap was inspired to pursue a career in music after he was mentored by a man, who was dating his mother. Along with his brother, he used to perform many live shows together. In his teenage years, he took a break from music. Following graduation from Murphy High School, he again got into music and started taking music seriously.

It was in 2017 when he started producing music of his own creation and released them online. He dropped his first EP titled “Joker” in May 2017. After a song, he came up with a single titled “Legend”. The song became a big hit, which peaked up his career graph. The official music video of the song was released on October 25, 2018. To date, the music video has accumulated over 15 million YouTube views.

NoCap released his first mixtape titled “Neighborhood Hero” in July 2018. Following that, he collaborated with Rylo Rodriguez and dropped a mixtape “Rogerville” in September 2018. Along with Rylo, he has produced many magical numbers. He featured Rylo in his song “Dead Faces” in March 2019.

NoCap gave another hit single titled “Ghetto Angels”, which was released in March 2019. The official music video of the song has garnered over 65 million views on YouTube. He released his third mixtape titled “The Backend Child” on May 28, 2019.

Likewise, his fourth mixtape “The Hood Dictionary” was released on November 19, 2019. He came up with his fifth mixtape “Steel Human” on July 16, 2020. It became his highest-charting music project to date. The mixtape peaked at the 31st spot on Billboard 200. His recent song “38Sides” featuring NBA YoungBoy was released in March 2021.

NoCap currently stands at 5 feet 8 inches or 173 cm tall and weighs approximately 70 kg or 154 pounds. His chest size, arms size, and waist size are not available at the moment. Likewise, his hair color and eye color are both black.

23 years old rapper, NoCap has not been in the news for his love life. He might not want to open out about his love relation in public. Since it’s not possible that he has not dated anyone. NoCap has neither given any hint about him getting into a love relationship through his Instagram. To date, he has 2.6 million followers on Instagram.

You May Also Like:   Gonzoe Net Worth: How Rich was the Rapper Before his death?

NoCap has gathered an approximate fortune of $1 million by 2022. The major source of income comes from his music sales. He might also earn some amount from his self-titled YouTube channel, which has 585K subscribers.

Fivio Foreign Net Worth: How Rich is the Rapper Actually?