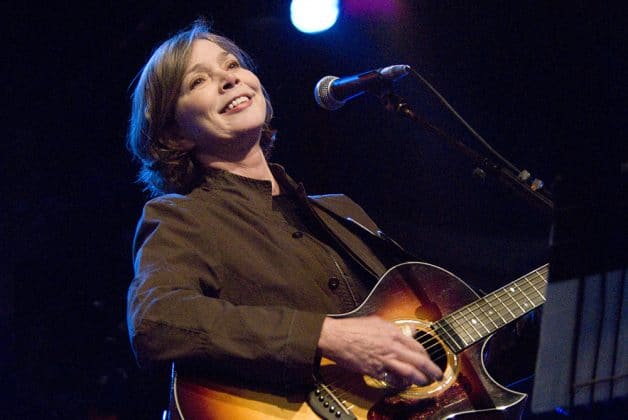 Nanci Griffith was a Grammy-winning folk and country singer and songwriter from America. She has made an appearance on the PBS music program “Austin City Limits”, and Channel 4’s program “Town & Country with John Prine”. Nanci Griffith net worth at the time of her death is estimated to be around $3 million.

Griffith received the Grammy Award in 1994 for the Best Contemporary Folk Album for her recording “Other Voices, Other Rooms”. Nanci died at 68 years of age on August 13, 2021.

Nanci Griffith was born on the 6th of July, 1953 in Seguin, Texas, United States of America. She has not shared enough information on her early life, parents, and academic background. Though, she is believed to have had an early interest in music. She has sung songs of a variety of genres mainly folk, and country. Griffith has mixed up the combination country folk, and named it “Folkabilly”.

Nanci released her first studio album titled “There’s a Light Beyond These Words” in 1978. She recorded live to two songs of the album for four days. Griffith has also written the lyrics of most of the songs. She came up with her second studio album titled “Poet in My Window” in 1982.

Following two years in 1984, she dropped her third studio album titled “Once in a Very Blue Moon”. Her third album has a little more country, and a little less folk genre compared to her other albums.

Nanci received wide recognition for her recording “Other Voices, Other Rooms”, which was released in 1994. She even grabbed a Grammy Award in the category of the Best Contemporary Folk Album. In the album, she has covered the songs of her favorite artists who have played a major influence in her music career.

Nanci Griffith was dating a guy named John while she was in high school. Unfortunately, her boyfriend died in a motorcycle accident just after taking her to a senior prom event. Griffith then dedicated many songs to her late boyfriend.

Nanci married singer-songwriter, Eric Taylor in 1976. She spent six years of happy wedding life with Eric until they separated in 1982. Griffith then got engaged to singer-songwriter, Tom Kimmel in the early 1990s. However, they prefer to live together without getting married.

Griffith left this world on August 13, 2021, in Nashville. The main reason behind her death has not been specified yet by her family members. Griffith’s death news was confirmed by the management company, Gold Mountain Entertainment. In 1996, she had survived breast cancer, and she suffered from thyroid cancer in 1998.

Nanci Griffith had left the total net worth amount of $3 million before she died on August 13, 2021. She has given many hit songs and left unforgettable contributions to the American music industry.

Syesha Mercado Net Worth: How Rich is the Singer Actually?

Vicente Fernandez Net Worth: How Rich is the Mexican Singer?