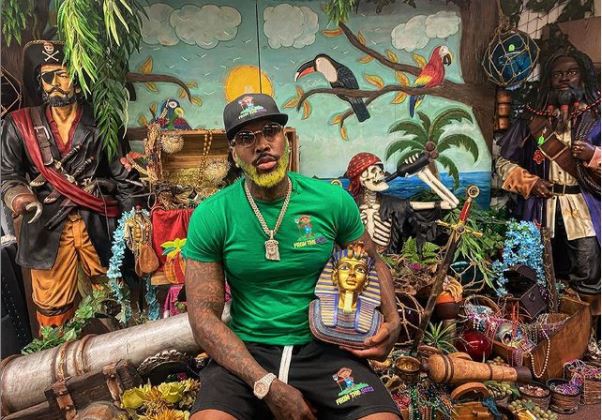 Jarvis Rivers, who is better known by his stage name as Mr. Organik is a rapper, Youtuber, & Entrepreneur. He is best known for his social media content which features his lavish lifestyle and auto vlogs. As of 2022, Mr Organik net worth is estimated to be roughly $1 million.

Mr Organik was born Jarvis Rivers on September 29, 1981, in San Diego, California. As a child, he was interested in playing basketball. Even today, he loves to play basketball in his spare time. He studied at Hoover High School but it is not certain if he completed his studies there.

Mr Organik Net Worth and Career

Mr. Organik is known as a rapper and has published many of his songs on Youtube. One of his albums called Me Season: Memories and Legacies were released in 2018. Some of his songs include All Praise, Top of the Mook, 707-Whole Lot of Horses, and Gauud on My Side.

His videos on Youtube have amassed over 47 million views so far. Though there are many haters of Mr. Organik, he has been creating engaging content for his subscribers. He frequently collaborates with the Youtube channel Tall Guy Car Reviews which has close to 900k subscribers on Youtube. They create videos in the form of vlogs reviewing exotic cars.

You May Also Like:   Juelz Santana Net Worth: How Rich is the Rapper Actually in 2022?

Mr. Organik is also into real estate and there are several videos where he provides a tour of different mansions. Mr. Organik even has his book published called Organik Seeds of Greatness which is meant to help Youtubers and Entrepreneurs find success in this field.

Mr. Organik has a passion for fitness which is noticeable with his muscular built physique. There are rumors that Mr. Organik is dating Youtuber and Actor Danielle Champion. Fans started speculating this after each appeared in one another’s videos on Youtube. However, they have not made it official and so we can assume that Mr. Organik is still single. He is the type of person who has many flings from what is seen in his videos where many women are featured. Furthermore, he also does not have any children of his own.

Interestingly, Mr. Organik has stayed away from drugs and alcohol throughout his life. He mentioned in a video how he loved his grandmother dearly and she was one of the family members who always believed in him and said he was special. Mr. Organik saw the passing of his grandmother because of alcohol and thus he abstains from it completely.

As of 2022, Mr. Organik has an estimated net worth of $1 million. From his posts on Facebook, it is clear that he has put a big part of his income into investments in cryptocurrencies acknowledging Ethereum and Dogecoin. Furthermore, Mr. Organik mentioned in a video that he also has a mansion in Malibu spread over 2 acres. He also has his clothing line with intricate designs available to his followers.

Lil Fizz Net Worth: How Rich is the Rapper Actually in 2022?