Melanie Martin is a Bulgaria-born American model, bartender, and social media star. She is best known for being the on-again, off-again fiancee of later rapper, Aaron Carter, who was found dead in a bathtub at his California home on November 5, 2022. As of 2022, Melanie Martin net worth is roughly around $100 thousand.

Melanie Martin was born on May 31, 1992, in Bulgaria. Not much detail is available regarding her upbringing, parents, and education. It’s also unclear when she shifted to the United States, however, it’s known that she has been living in U. S. for a long time. 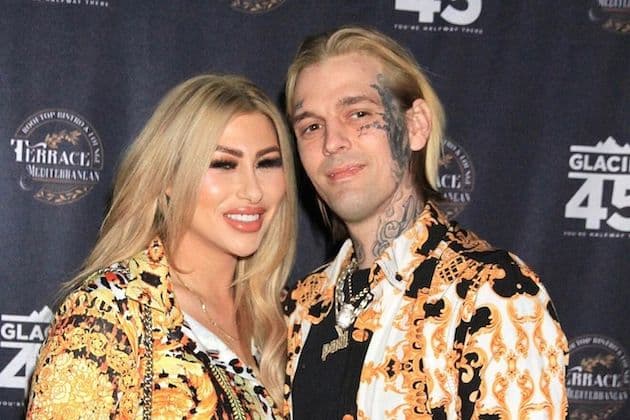 Martin came into the limelight after she began dating rapper and singer, Aaron Carter. However, it’s not clear where the couple met and started their relationship. Aaron went public with Martin for the first time in January 2020 by sharing a picture of the couple on Instagram. At the time, he wrote, “She loves me she loves me not, she woke me up from napping but I’m not complaining”.

You May Also Like:   Byron Yawn Net Worth & Wiki: How Rich is the Former Pastor Actually?

Carter shared in February that things were getting serious between him and Martin after he referred to her as his wife. He shared an Instagram post with the caption “Notice Her comes first always put your woman first before your own selfish needs. That’s what my daddy always taught me.” In June, the pair eventually turned into an engaged couple.

Martin and Carter became the parents of their first child in November 2021. Carter shared the exciting news about his newborn son on Instagram with the caption “Emergency C Section after 13 hours of labor but my fiancee is in great health. Thank you lord and the incredibly sweet loving staff here”.

The pair named their son, Prince Lyric. However, it was not the first time when Martin was expecting a baby. She became pregnant with Carter’s first child before, which was revealed by Carter in March by showing off positive tests in a home video. Nevertheless, Martin went through a miscarriage at that time.

Martin and Carter had many ups and downs during their relationship including a breakup, a pregnancy loss, a reunion, and a rainbow baby. The couple reportedly split just after seven days they welcomed their little one. Carter announced the breakup news via Twitter calling out his twin sister, Angel, and brother Nick in the process. Carter tweeted that he has the most conniving deceiving family and Melanie has been lying to him the whole time communicating with his twin sister and the family members who tried to put him in prison and who tried to get a conservatorship on him in court.

Melanie’s former beloved partner, Carter was found unresponsive in a bathtub at his California house on November 5, 2022. After the news of Carter’s death at age 34, Melanie was photographed sobbing outside the late singer’s house. She also uploaded a TikTok video of herself weeping in her car. Then, she followed up with an Instagram story of her and Carter sharing a smooch.

Just weeks before Carter’s death, the former couple was reportedly going through a custody battle for their 11-month-old son. Carter had claimed that both lost custody due to domestic violence and drug use concerns. Martin was also arrested for felony domestic violence and was later released on a $50,000 bond. In September, the late rapper revealed that Martin’s mom had temporary custody of their son. Carter was reportedly entering a voluntary rehab program to get back the custody of his son.

Melanie Martin’s net worth is estimated to be around $100 thousand as of 2022. She has most probably earned a considerable amount from working as a model and bartender. Martin is also adding a certain amount as an influencer and promoting brands. She had also launched a lash line, Love Lashes amid her romance with Carter.

Leslie Jordan Net Worth 2022: How Rich was the Actor Actually?