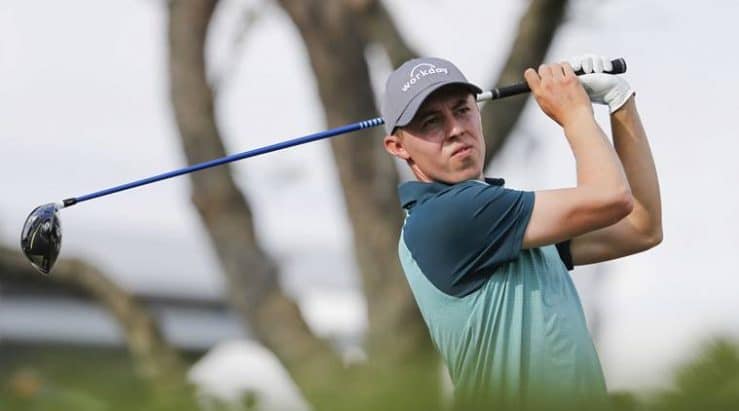 Matthew Fitzpatrick was born on 1 September 1994 in Sheffield, England. He was born to parents, Russell and Susan Fitzpatrick. His father, Russell is a bank manager. He has a younger brother, Alex who is an amateur golfer. Though he was determined to be a successful golfer, he has a keen interest in football as well. He strongly supports Sheffield’s local football club, Sheffield United.

Matthew studied A-levels at Tapton School in 2013. After finishing school, he joined Northwestern University in September 2013. He played college golf for the University’s team, Northwestern Wildcats. Matthew had to quit his study in January 2014 as he was going to play amateur golf games.

You May Also Like:   Antonio Dennard Net Worth: How Rich was the NFL Player?

As an amateur player, he won U. S. Amateur in 2013. After registering victory, he entered the top list of World Amateur Golf Ranking. He even received Mark H. McCormack Medal.

Matthew was working hard to grab his first victory on European Tour. In 2015, he finished at 3rd place at Lyoness Open and at 2nd place at Omega European Masters. Matthew registered his first professional victory in October 2015, grabbing the title of British Masters. He won the prize amount of £500,000 as a winner.

Matthew earned his next European Tour title in June 2016, where he grabbed the title of Nordea Masters. The same year, he registered another victory to his name by winning the DP World Tour Championship in Dubai. In September 2017, he won the Omega European Masters title, defeating Australian golfer Scott Hend.

Just a few months back in December 2020, he defended his DP World Tour Championship Title against Lee Westwood. He was successful to retain his title by one shot.

Matthew Fitzpatrick is currently dating a lady named, Lydia Cassada. He has been in a romantic relationship with her for more than five years now. Sources revealed that the couple had their first meeting at Northwestern University. His longtime girlfriend, Lydia is presently working in a travel company as its marketing representative.

You May Also Like:   Gene Siller Net Worth: Bio, Wiki, Career, Age & More

Matthew is also earning a big amount from sponsorship. He has sponsored big brands like Rolex, Titleist, Under Armour, Troon, Workday, Bettinardi, and Protiviti.