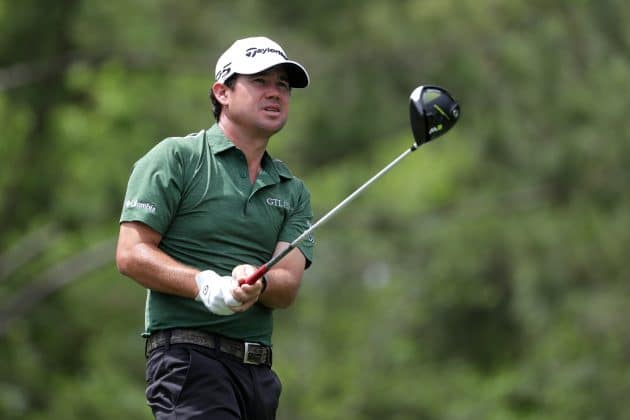 Brian Harman is a popular professional golfer from America. He is currently competing on the PGA Tour. Brian has won two PGA Tour titles, the 2014 John Deere Classic and the 2017 Wells Fargo Championship. He is currently ranked at Number 20 on the Official World Golf Ranking. As of 2022, Brian Harman net worth is estimated to be around $10 million.

Brian Harman was born on January 19, 1987, in Savannah, Georgia. He was born to parents, Eric and Nancy Harman. Brian studied at the University of Georgia. In 2009, he held the graduation degree majoring in Fiance.

Brian was a member of the University of Georgia’s golf team. He was one of the best golf players at Georgia University who had the highest Average Grade Points three times. He also got the victory on the 2006 Isleworth Invitational and the 2005 NCAA Preview.

Harman had a successful amateur career. He has won several titles as an amateur player. Brian was the winner of the 2003 U. S. Junior Amateur, 2005 Players Amateur, 2007 Porter Cup, and 2009 Dogwood Invitational.

Brian turned professional in 2010, where he played most of the games on the Egolf Professional Tour. He registered his first professional win at the Manor Classic.

You May Also Like:   Trevor Bauer Net Worth: How Rich is the Baseball Pitcher Actually?

Harman played his first major tournament at the 2012 U. S. Open. Though he didn’t grab the title, he was making a strong impact as a rising golfer. In 2014, he competed at John Deere Classic where he registered his first PGA Tour victory.

Brian won his second PGA Tour title at the 2017 Wells Fargo Championship. He received the title by one stroke defeating Pat Perez and Dustin Johnson. The same year, he competed at U. S. Open. Brian was about to register his third PGA Tour victory, but unfortunately, he finished at a second-place along with Hideki Matsuyama.

Harman has recently competed at The Players Championship, which held at TPC Sawgrass. He finished at the third position in the tournament, receiving a total score of 276. Brian received the prize amount of $885,000 from the tournament.

Brian Harman is a married man. He tied the knot with Kelly Van Slyke on December 13, 2014. From being in a conjugal relation with Kelly, he is blessed with two kids. His first child, Copper Marie Harman was born on June 8, 2018. Brian is currently spending a joyful moment with his wife and 2 children in Sea Island, Georgia.

Matthew Fitzpatrick Net Worth: How Rich is the English Golfer?

Ben Wallace Net Worth: How Rich is the former NBA Player Actually?