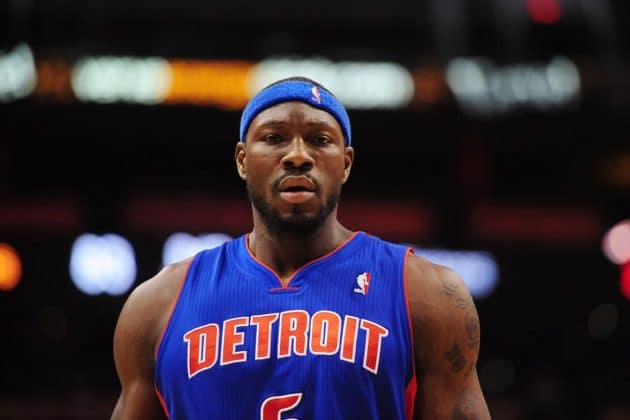 Ben Wallace is a 47 years old retired American professional basketball player. He is best known for playing in the National Basketball Association. Wallace is one of the greatest undrafted players in NBA history, who has received the NBA Defensive Player of the Year Award four times. As of 2022, Ben Wallace net worth is estimated to be around $50 million.

Ben Wallace was born on the 10th of September, 1974 in White Hall, Alabama, United States of America. Nothing is much known about his parents, and early life. However, we have come to know that he grew up with 10 siblings.

For his study, he joined Central High School. He was brilliant in baseball, basketball, and football since he was studying in high school. Wallace even earned all-state honors in football, basketball, and baseball. He was discovered by his mentor, Charles Oakley in a 1991 basketball camp, who recommended him to join his previous college, Virginia Union University.

Wallace has played basketball for two years while he was studying at Cuyahoga Community College. There, he scored an average rebound of 17.0 and block points of 6.9 in each game. Then, he joined the Virginia Union after being recommended by his coach, Charles Oakley. While studying at the university, he scored average points of 13.4 and rebounds of 10.0 in each game.

Wallace went undrafted after he left Virginia Union University. He also traveled to Italy to join the Italian team, Viola Reggio Calabria. In 1996, he was signed as a rookie agent by the Washington Bullets.

In the 2000-01 season, he started playing for the new team, Detroit Pistons. His excellent defense skill in the 2001-02 season earned him the “NBA Defensive Player of the Year Award”. He continued his best form in the 2002-03 season, and he grabbed the Defensive Player Award again in that season. In the 2003-04 season, he helped Detroit to become the NBA champion. In the final, he scored 12 points and made 16 rebounds.

Wallace received another Defensive Player of the Year Award in the 2005-06 season. During the season, Detroit was an unbeatable and dominant season where the team becomes victorious in 64 games. Wallace signed a 4-year contract deal with the Chicago Bulls in 2006. After playing with the Bulls in the 2007-08 season, he joined the Cleveland Cavaliers in 2008.

Ben was traded to the Phoenix Suns on June 25, 2009. However, he stayed in the team for nearly one and half months, as he returned back to Detroit Pistons on August 7, 2009, as a free agent. He reached a new milestone in his career while playing with the Pistons. Wallace was named the 34th player in the history of the NBA who overcome the 10,000 rebound mark in 2010. Detroit retired his No. 3 jerseys on January 16, 2016.

Ben Wallace is married to a lady named Chanda. He shared two sons, and a daughter with wife his wife, Chanda. Wallace has kept his family members away from the media spotlight. We are still yet to gather more information on his family.

Wallace was sentenced to one year of probation after he was arrested and charged with carrying a concealed weapon and Driving Under the Influence (DUI) in 2011. Likewise, he was sentenced to prison for one year in March 2014 after he was found guilty of leaving the scene of an accident that took place in Virginia on 8th February 2014.

As of 2022, Ben Wallace’s personal wealth is reported to be around $50 million. He has earned a big amount from playing as a center and power forward for many NBA teams. He signed a $60 million contract deal with the Chicago Bulls in 2006.

Justin Bannan Net Worth: How Rich is the Former NFL Player Actually?