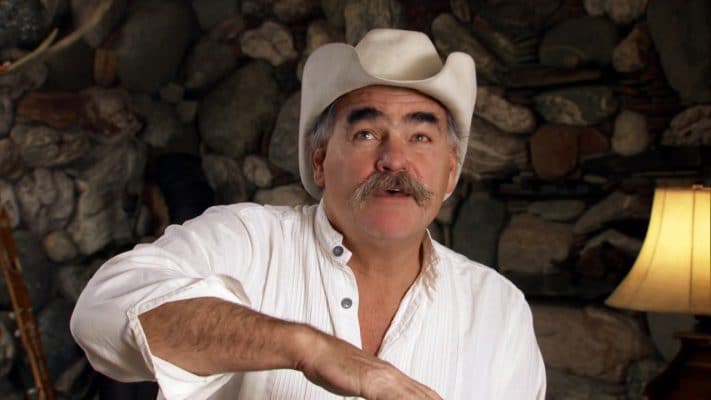 Marty Raney is an American mountain climber, TV personality, and musician. He is best known for his appearance on the Discovery channel’s series “Homestead Rescue: Raney Ranch”. As of 2022, Marty Raney net worth is estimated to be around $1.5 million.

Marty Raney was born in North Bend, Washington, United States. There is no specific information available on his date of birth, parents, and academic background. Marty developed an interest and love for the old world craftsmanship when he turned into a teenager. When he reached 16, he decided to stay away from home. He also left his study to follow his dreams.

In the process of chasing his dream, he went to a logging camp in Southeast Alaska. It was one of his first lifetime adventures, where he set up his first floating logging camp on Prince of Wales Island. As time passed, he developed an interest in climbing the mountains. In 1986, for the first time in his life, he attempted to climb the highest mountain peak in Denali and North America. In the first attempt, he was successful to reach the peak of the mountain.

Marty started sharing his mountain climbing experience with other climbers. He earned many years of experience guiding other climbers to climb the mountain for over four decades since 1986. Marty received early fame when he appeared in the reality TV series “Ultimate Survival Alaska”. The reality series premiered on National Geographic Channel on 12th May 2013. However, after running for three seasons, the reality series closed in March 2015.

Marty was later featured in another TV show called “Homestead Rescue” in 2016. The show also featured his son Matt and daughter Misty. The reality series has been premiered for nine seasons since its first season which aired in 2016. The ninth season of the reality series started premiering on Discovery on October 17, 2021. The first episode of the series titled “Home Is Where the Yurt Is” was premiered on October 17, 2021. Likewise, the second episode “Green Mountain Gurus” was premiered on October 24, 2021.

Raney has also been featured in Discovery’s series “Homestead Rescue: Raney Ranch”. The series revolves around the Raneys who helped novice homesteaders stay around the country to save their homesteads from the brink of failure. To date, the series has gone for two seasons, and the last episode of the second season “Risky Business” was premiered on May 5, 2021.

Marty Rainey is married to an Alaskan native lady, Mollee Roestel. He has not shared enough information about his marriage life. Though, we came to know that after getting married to Mollee, he moved to Haines. Their first child, Melanee was born on Canadian land, and their second child, Miles took birth in Sitka, Alaska. The two of their elder kids have stayed away from the media limelight.

On the other hand, the two of their youngest kids, Misty and Matt have accompanied their father on his adventure and expeditions. Misty is a homestead builder and carpenter who is married to a carpenter, Mariah Bilodeau. Likewise, their youngest son, Matt, who is heir to their business, Alaska Stone and Log is a specialist in hunting. Misty and Matt, both are accompanied and certified mountaineers.

You May Also Like:   Lauren Conrad Net Worth, Age, Bio, Clothing, and Jewerly

As of 2022, Marty Raney’s personal wealth is estimated to be around $1.5 million. He has gathered the whole amount from appearing in several TV series. Besides that, he also earns a good amount from running a homestead building business, Alaska Stone and Log.

Carley Shimkus Net Worth: How Rich is the Fox News Anchor Actually?

Erin Andrews Net Worth: How Rich is the Sportscaster Actually?