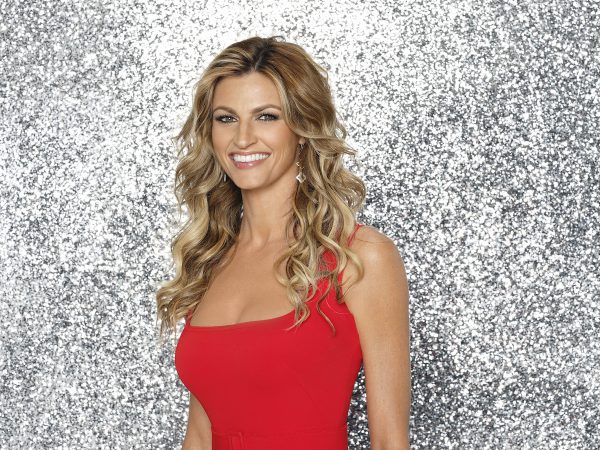 Erin Andrews is a 44 years old American sportscaster and TV personality. She received early fame after serving as a correspondent on ESPN in 2004. Erin is also known for co-hosting ABC’s dance competition show “Dancing with the Stars”. As of 2022, Erin Andrews net worth is estimated to be around $30 million.

Erin Andrews was born on the 4th of May, 1978 in Lewiston, Maine, United States. She was born to her parents, Steven Andrews and Paula Andrews. Her dad, Steven has worked as a broadcast journalist who earned Emmy Award six times. Likewise, her mom was a teacher.

Erin was more of a tomboy nature when she was in her growing age. She grew up watching NBA games along with her father. Erin eventually developed an interest in sportscasting after watching the work of female sportscasters Hannah Storm, Lesley Visser, Melissa Stark, and Suzy Kolber.

You May Also Like:   Court Westcott Net Worth: How Rich is Kameron Westcott Husband?

Andrews began her journalism career by working as a freelance reporter in Fox Sports Florida in the year 2000. After a year, she joined the Sunshine Network and started serving as a Tampa Bay Lightning reporter. In 2002, she became associated with the Turner South Network working as a studio host and reporter

In April 2004, she joined ESPN, and there she started serving as a reporter of the ESPN National Hockey Night. Soon after a year, she began working as a sideline reporter of the Major League Baseball games and ESPN College Football Thursday Primetime. In 2008, she covered the live report of the Scripps National Spelling Bee.

Andrews received further recognition after she competed on the 10th season of ABC”s dance competition show “Dancing with the Stars”. She finished third on the show. In June 2012, the news broke out that she would be ending her tenure with ESPN and she would be soon joining Fox Sports. She eventually became the first host of Fox Football’s studio show.

Erin has worked as a field reporter for many major sports events of Fox like the MLB All-Star Game, the NFL Playoffs, the World Series, and the Daytona 500. She has also worked as a contributor to the daily studio show “Fox Football Daily”. Erin ended her career with Fox Sports in 2016. In March 2014, she started co-hosting ABC’s dance competition show “Dancing with the Stars”. She co-hosted the show along with Tom Bergeron from 2014 to 2019.

Erin Andrews is married to former professional ice hockey player, Jarret Stoll. She started dating Jarret in December 2012, and after four years of relationship with him in December 2016, they got engaged. On June 24, 2017, the pair tied the knot. Andrews was diagnosed with cervical cancer in 2016, and after going through two surgeries, she won the battle against cancer.

You May Also Like:   Falynn Guobadia Net Worth: Height, Age, Kids, Husband & More

In July 2009, Erin’s video where she was totally nude went viral online. The video was filmed by Michael David Barrett in 2009 through a peephole of her hotel room at the Nashville Marriott.

On October 2, 2009, the FBI arrested Barrett and he was pleaded guilty on December 15, 2009. The authorities found another video of Erin on Barrett’s computer which was never made public. Barrett was sent to prison for 2 and half years on March 15, 2020, along with 3 years of probation, US$7,366 restitution, and US$5000 fines.

As of 2022, Erin Andrews’ personal wealth is estimated to be around $30 million. She has bagged the hefty sum from her broadcasting career. Erin has also promoted various brands. She promoted Reebok’s ZigTech brand in 2011 and became the new face of the cosmetics company, CoverGirl in 2014.

Marty Raney Net Worth: How Rich is ‘Homestead Rescue’ Star?