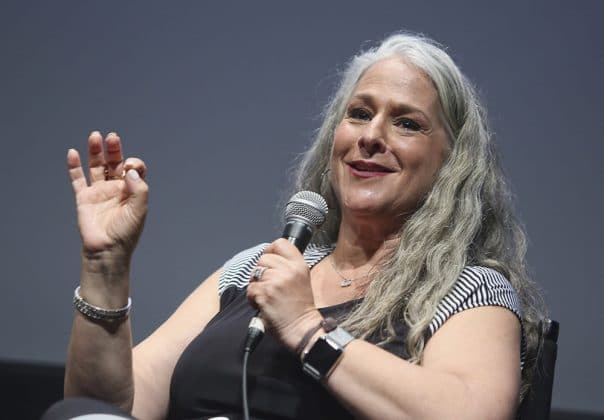 Marta Kauffman is an American television writer and producer. She is the co-creator of Friends, which is considered to be the greatest sitcom comedy of all time with David Crane. As of 2022, Marta Kauffman net worth is estimated to be around $400 million.

Martha was born on September 21, 1956, and grew up in the suburbs of Philadelphia where she would attend the Marple Newtown High School. She showed interest in theater from a young age and was even the student director in a play there called “Our Town” back in 1974.

After completing her high school studies, Martha decided to join Brandeis University from where she received her BA in 1978. Furthermore, Martha also studied the art of acting in New York at the Neighborhood Playhouse School of the Theater

Marta Kauffman Net Worth and Career

One of the first writing assignments that Marta undertook was a sitcom Everything’s Relative in 1987. From 1990, she went on to be the creator and writer of the TV series called Dream On. She has been involved in some other shows as well such as Sunday Dinner and The Powers That Be.

Yet, it was her collaboration with the producer and writer David Crane which would lead to her highest known work. Friends would emerge in the scene of sitcoms in 1994 and took the world by storm. The show was able to connect with millions of fans and its popularity grew year and year. The sitcom would run for a total of 10 years ending in 2004 by which it had established itself as the best sitcom comedy of the era.

She has collaborated with David Crane in other projects as well such as Veronica’s Closet, Dream On, as well as Jesse. After Friends, Martha started working as the executive producer for Related which was a comedy-drama TV series. Another of her impressive projects has been the Netflix series Grace and Frankie that has been running since 2015 which is also focused on the area of comedy.

Marta Kauffman was married to Michael Skloff for 31 years. They would decide to part their ways in November of 2015. Skloff was the composer of the hit theme song that recognized Friends. The two of them together have three children whose names are Sam, Rose, and Hannah.

Marta shares Democratic views and was involved in Barack Obama’s Presidency campaign too. She even hosted a Democratic fundraiser where a select number of donors were invited to her home for the campaign.

As of 2022, Marta Kauffman has an estimated net worth of $400 million. A big part of her net worth has been derived through the success of Friends which has been the main highlight of her career. The show was a big commercial success with the main actors of the show taking as much as $1 million per episode as the show got more popular.

Gwen Shamblin Lara Net Worth: How Rich was the Author Actually?

Brandon Gomes Net Worth: How Rich is the Siesta Key Star?