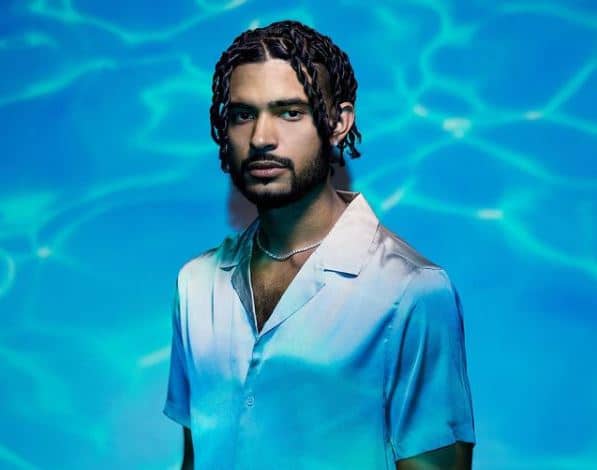 Brandon Gomes is an American model, singer, and actor. He is best known for his appearance on MTV’s reality TV series “Siesta Key”. Gomes is currently signed to the modeling agency, MC2 Model Management. As of 2022, Brandon Gomes net worth is estimated to be around $250 thousand.

Brandon Gomes was born on 27th April 1995 in Sarasota, Florida, United States. Nothing is much known about his early life and parents. However, we came to know that his mother’s name is Jeannie Gomes, who looked after him and his other two siblings; Trae and Kristina. Gomes belongs to the Portuguese-American ethnicity. He has earned his high school education from Riverview High School.

At the young age of 16, he made an entry into the entertainment industry though he had to struggle for some time. Upon getting advice from one of his close friends, he thought of giving it a try at modeling. As soon as he shot his first modeling pictures, and he started getting many modeling offers. It didn’t take a long time to get him featured as a model on a billboard for the retail store company Ron Jon Surf Shop.

Gomes earlier worked for the modeling agency, Click Model Management. During that time, he was also into sports. He spent more time playing football for the Riverview Rams. Gomes was in a dilemma either to chose sports or modeling. In the end, he came with the decision, and eventually selected the entertainment industry. He also had a keen interest in music from the beginning.

You May Also Like:   Kristin Cavallari Net Worth: How Rich Is the Television Star in 2022?

Gomes got a chance to pursue his musical dream after meeting with Producer EJ. In August 2019, he released his debut album titled “Leftcoast”. He became a famous TV star when he appeared on MTV’s reality show “Siesta Key”. He has been a part of the show since its first season which aired on January 15, 2018. The 4th season of the series started premiering on MTV on May 12, 2021.

Brandon Gomes is currently dating Camilla Cattaneo. Both confirmed to be dating each other on 21st March 2018 through sharing an Instagram post. Camilla has also appeared on Siesta Key in its second season.

In October 2020, Camilla got freaked out when Brandon stated he has a son from a one-night stand with some unknown lady. Camilla was shocked and was not happy with the news as she felt Brandon cheated on her. In August 2020, Gomes shared a picture with his son on Instagram, which he named Quincy. Gomes was previously dating Siesta Key’s co-star, Madisson Hausburg.

As of 2022, Brandon Gomes’ net worth is estimated to be around $250,000. He has collected all the money from his modeling work, and by appearing on MTV’s popular reality series “Siesta Key”. According to sources, Brandon earns around $20,000 per episode from Siesta Key.

Marta Kauffman Net Worth: How Rich is Friends Co-Creator Actually?

Antonia Lofaso Net Worth: How Rich is the Chef Actually in 2022?