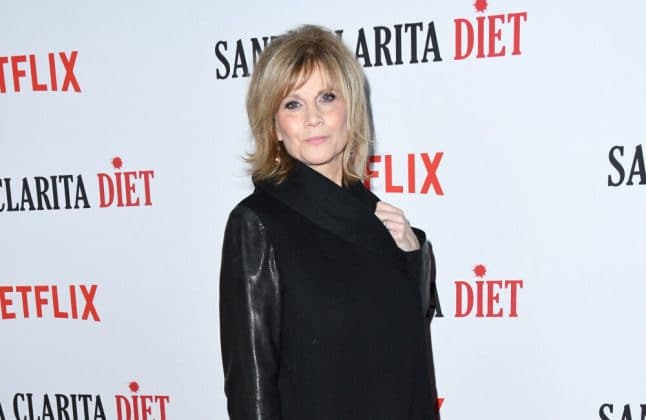 Markie Post was an American actress best known for her role as Christine Sullivan on NBC sitcom ‘Night Court’. Markie Post net worth before her death is estimated to be around $14 million.

She had an interest in acting from an early age. Prior to making her name in the cinema industry, she worked on several game shows. She appeared on various game shows like “The Match Game- Hollywood Squares Hour”, ‘The $25,000 Pyramid’, and ‘Super Password’.

Her career then went forward after she served as associate producer of Double Dare and Card Sharks.

Markie’s acting career started in 1979 appearing in an episode of ‘Barnaby Jones’. That year, she went to appear in a number of television shows including ‘The Incredible Hulk’, ‘The Lazarus Syndrome’, and ‘Hart to Hart’.

In 1981, she did several television shows like ‘The Gangster Chronicles’ where she appeared in 13 episodes, ‘Simon & Simon’, ‘McClain’s Law’, and ‘The Greatest American Hero’. Her big role came in 1982 when she played the role as Terri Michaels in ‘The Fall Guy’ for nearly three years.

Markie Post also has several movie credentials to her name. In 1998, she portrayed the mother of Cameron Diaz’s character in the movie ‘There’s Something About Mary’. In 2007, she appeared as reporter Christine Merriweather in the comedy movie ‘Cook Off!’.

Markie has made her name appearing on several television series. Apart from her hit series ‘Night Court’, she has appeared on other shows like ‘Transformers Prime’, Back in the Game’, ‘Chicago P.D’, ‘Santa Clarita Diet’, ‘The Kids are alright’, ‘Ghost Whisperer’, ‘Holiday in Handcuffs’, ’30 Rock’, and ‘Man Up’.

Regarding her personal life, Markie was first married to Stephen Knox. She met Stephen at Lewis & Clark College. After that, she married actor and writer Michael A. Ross. With Michael, she had two daughters named Daisy Ross and Katie Ross.

On August 7, 2021, Markie Post died from cancer. She had been diagnosed just under four years prior to her death.

Markie Post net worth before her death is estimated to be $14 million. Her wealth comes from her time in the entertainment industry which spanned more than 35 years. Markie has appeared in over 50 movies and television shows.

Joanne Whalley Net Worth: How Rich is Val Kilmer’s Ex-Wife?

Wally Funk Net Worth: How Rich is Wally Funk Actually in 2022?