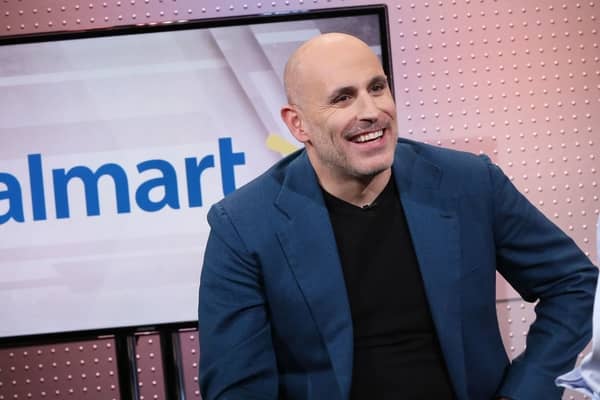 Marc Lore was born on 16th May 1971 in Staten Island, New York City, United States. He was born to parents, Peter and Chiara Lore. Marc was raised along with two siblings. He had spent most of his childhood days in the small town of Lincroft. His mother, Chaira was a bodybuilder. She was also a personal trainer, who trained famous actress, Julianne Phillips. Likewise, his father, Peter owned a computer consulting company called Chadmarc Systems.

Regarding his education, he studied at Ranney School from 5th to 12th grade. He earned his high school graduation degree in 1989. Marc was excellent with numbers during his high school days. His classmates used to call him a human calculator. He later joined Bucknell University, from where he majored in Business Management and Economics.

Marc also studied at Columbia University for a while, but he eventually dropped out before getting a master of statistics degree. He had already started working for a Bankers Trust at that time. Lore also attended The Wharton School to study the MBA program. However, he studied there for one year and dropped out to start an online retailer for baby products, Diapers.com.

Marc co-founded a company called The Pit, Inc. In 1999, the company was started as an alternative to e-commerce, eBay. He served as a CEO till 2001, before it was sold to The Topps Company for $5.7 million. He was still a part of Topps even after the acquisition. Lore was looking after the gaming subsidiary, WizKids as Chief Operating Officer.

In 2011, after Diapers.com was sold to Amazon. He served Amazon for more than 2 years. In 2014, Marc founded an eCommerce company called Jet. He was serving as the CEO of the company. In 2016, the company was acquired by Walmart for $3.3 billion. After the acquisition, he was serving as CEO and President of Walmart U. S. eCommerce.

Walmart excelled in company’s operation and had a massive growth in e-commerce. He was able to make Walmart a No. 2 online shopping site in the United States. After leaving Walmart, he invested in Archer Aviation. In February 2021, Lore increased in investment in the company adding $10 million.

Lore announced on May 12, 2021, that he would be starting a new venture capital firm, Vision Capital People (VCP) along with Alex Rodriguez. The company was launched with a $50 million investment of both Lore and Alex. Both made their first investment in social commerce company, NOW//with.

Marc Lore was married to Carolyn Lore. He has not shared much information about his personal life. Wikipedia shows that he is divorced from Carolyn. Why he separated from Carolyn is still a mystery. He shared two daughters with ex-wife Carolyn named Sierra and Sophia.

Marc Lore has accumulated a total net worth value of $4 billion by 2022. He was named as the highest-paid executive in the United States after Walmart acquired Jet.com on August 8, 2016.

Elsa Peretti Net Worth: How Rich Was Jewelry Designer Actually?

Adam Neumann Net Worth: How Rich is the Former WeWork CEO?