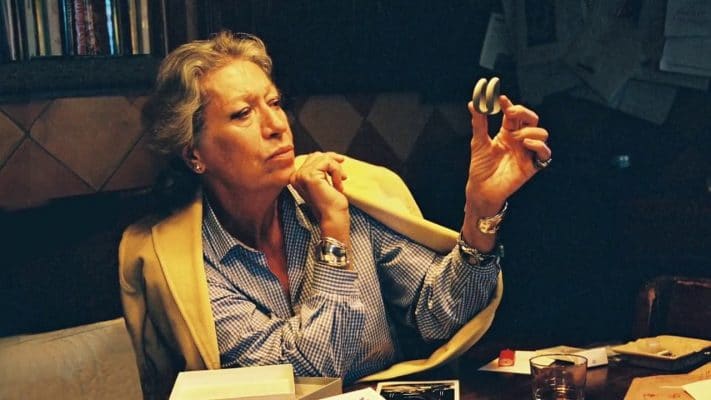 Elsa Peretti was an Italian jewelry designer and model. She is best known for designing some of the famous pieces for Tiffany & Co., which includes the Bone Cuff, Open Heart pendants, and Snake Necklace. Elsa is also known for being one of the Halstonettes of famous fashion designer, Roy Halston. Elsa Peretti net worth is estimated to be around $1 million before she died on March 18, 2021.

Peretti is recently in limelight for getting featured on Halston’s biopic, which is being presented on Netflix’s miniseries, Halston. The series started premiering on Netflix on May 14, 2021.

Elsa Peretti was born on 1st May 1940 in Florence, Kingdom of Italy. She was born to parents, Ferdinando Peretti and Maria Luisa Pighini. Her father, Ferdinando was a founder of the large Italian oil company, Anonima Petroli Italiana. She grew up without the love and support of her conservative family. In fact, she met her father shortly before he left the world.

Regarding her education, she has completed her education studying in Rome and Switzerland. Her early work experience came as a French teacher and a ski instructor. However, she later earned a degree in interior design after returning to Rome. After that, she got an opportunity to work under Milan architect, Dado Torrigiani.

Elsa was a known fashion model, who initiated her modeling career in Barcelona, Spain. After moving to New York City in 1968, she was successful to get many modeling assignments. During the 1970s, she appeared as one of the favored troupe of models, often known as Halstonettes, for the fashion designer, Roy Halston.

Halston always had a good praising word for her. He mentioned that she had a style, and he was quite impressed with her ability to model her own designed dress. Elsa recalled her old memories with the designer, Halston, while giving an interview for the documentary of Halston in 2019.

Elsa also had great skills in creating and designing new jewelry styles. She first designed a 2-inch bud vase, which was made as a pendant on a leather thong necklace. Her design was later presented on a runway by one of the models of fashion designer, Giorgio di Sant’ Angelo. In 1971, she started designing jewelry for Halston.

Peretti’s designs were making her widely popular. She was even awarded the 1971 Coty Award. Elsa was signed by Tiffany & Co. in 1974 to create a design specifically for silver jewelry. She became the companies leading designer by 1979. Most of the young clients were showing more interest in her silver pieces.

Elsa made a design of more than 30 collections for Tiffany. She was also known for using other materials like jade, rattan, and lacquer for designing jewelry. Elsa and Tiffany Co. Extended their contract in 2012 for more than 20 years. She was one of the reasons for the increment in net sales of Tiffany. In fact, Tiffany’s net sales were increased by 80 percent in 2015 just because of Peretti’s trademark designs.

Elsa Peretti was never married to anyone. But, she had briefly dated many men. She was in a long relationship with an Italian contractor Stefano Magini. Elsa was also in a romantic relationship with the photographer, Helmut Newton during the 1970s.

The famous jewelry designer, Elsa was found dead at her house in Spain. She didn’t have any specific disease that caused her death. It was reported that she left the world while sleeping in her home.

Elsa Peretti had accumulated an approximate net worth value of $1 million before she died on March 18, 2021. She must have earned a hefty amount from her designing and modeling career. Elsa was also an active philanthropist, who was involved in charity work through her foundation, Nando Peretti Foundation (NDF).

Marc Lore Net Worth: How Rich is the Entrepreneur Actually?