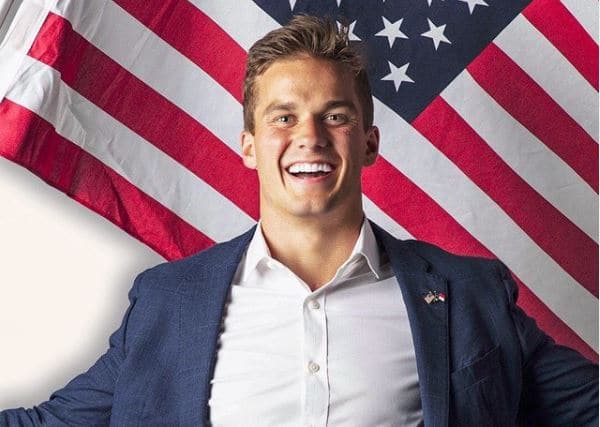 David Madison Cawthorn, simply known as Madison Cawthorn is an American politician. He is best known for serving as the United States representative for North Carolina’s 11th congressional district. Madison is the youngest member of the House of Representatives, who was elected to Congress in 2020. As of 2022, Madison Cawthorn net worth is speculated to be around $1.5 million.

Madison Cawthorn recently appeared on Newsmax, where he defended the Second Amendment, and told the host, Chris Salcedo that, assault rifles should stay legal to overthrow the tyrannical government.

Madison Cawthorn was born on 1st August 1995 in Asheville, North Carolina, United States. He was born to parents, Roger and Priscilla Cawthorn. Madison completed his school education from being home-schooled. He was active in sports, mostly in football while he attended high school. Madison, as a teenager, has served at Chick-fil-A restaurant.

Madison joined Patrick Henry College during the fall 2016 semester. He attended college to study political science, however, he later dropped out from college earning D grades. In January 2015, he started working as a staffer in U. S. Representative, Mark Meadow’s district office. There, he served for over a year till August 2016.

In August 2019, he started a real estate investment firm, SPQR Holdings, LLC. Though, he didn’t generate any specific income from the investment firm.  In March 2020, Madison finished second while running for North Carolina’s 11th congressional district. However, Cawthorn eventually won the June runoff, after Lynda Bennett who was running ahead earlier, failed to get 30% of the required vote to avoid a runoff.

With the win, Madison became the youngest member ever who got elected to the House of Representatives. During the 2020 campaign, he received criticism for an Instagram post, where he called Hitler, Fuhrer, which means a leader in a German term, and also refers as a supreme evil. He was allegedly seem supporting white nationalism, however, later he completely denied himself being a white supremacist. On August 10, he deleted his Instagram post.

Cawthorn defeated the Democratic nominee, Moe Davis in the November general election. After winning the election, he took over the office on January 3, 2021. He was one of the 17 newly elected House Republicans, who signed a letter congratulating the newly elected President, Joe Biden on his inauguration on January 20, 2021. When he was asked about the election results, he responded that he didn’t see any fraud in the vote.

Madison was recently showed up in Newsmax, where he discussed the matter of possession of military weapons and AR-15s. He also cleared out things on tyrannical government, where he clarified, the second amendment is written to stop the federal government if it ever wants to rise up, and becomes tyrannical.

Madison Cawthorn is married to fitness influencer Cristina Bayardelle. He tied the knot with her on the anniversary of the 2014 car accident. However, the pair were already legally married since December 2020. Madison had a serious injury in 2014 while he was riding as a passenger in BMW X3 SUV, that crashed into a concrete barrier. The accident made him partially paralyzed, and he still uses a wheelchair.

As of 2022, Madison Cawthorn’s net worth is estimated to be around $1.5 million. Madison revealed that he had an outstanding medical debt of $3 million during his recovery. He has already received the amount from an insurance company, and other payments. He is further expecting $30 million more as of 2021.

Marjorie Taylor Greene Net Worth: How Rich is the US Representative?

Merrick Garland Net Worth: How Rich is the U.S Attorney General?