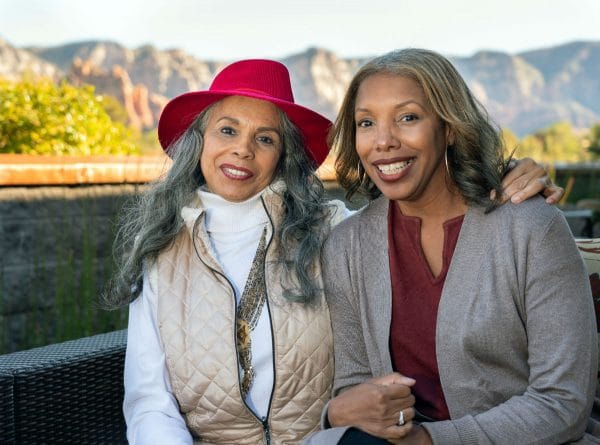 Emmalyn Paulette Moody, better known as Lynne Moody is an American movie and TV actress. She is best recognized for appearing as Tracy Curtis-Taylor in ABC’s popular TV sitcom, That’s My Mama. As of 2022, Lynne Moody net worth is estimated to be around $2 million.

Lynne Moody, in June 2018, was reunited with her abandoned daughter, Lisa Wright. Moody was searching for her for a long time before Wright reached out to her with the help of Moody’s brother.

Lynne Moody was born on 17th February 1950 in Detroit, Michigan, United States. Nothing much is known about her past life, parents, and academic details. But, it is clear that she wanted to be an actress from the beginning.

Moody has earlier worked as a stewardess. Later, she moved to Los Angeles with a dream of pursuing a career in acting. Though, her early path was not that easy. She even struggled to get the small role. That makes her join the Playboy Club, where she worked as a playboy bunny. During the time, she also attended acting classes at Pasadena Playhouse.

Lynne learned professional acting at Goodman Theatre. After all hard work, she got her first acting role in the 1973 blaxploitation horror movie, Scream Blacula Scream. Following that, she became a part of few TV series like “The F.B.I” and “All in the Family”. However, she got her breakthrough role in 1974 when she was selected as Tracy Curtis Taylor in the TV sitcom, That’s My Mama.

Lynne continued to shine in the TV industry with her exceptional performances in other TV projects like “Hill Street Blues”, “E/R”, “Houston Knights”, “Outlaws”, “Murder, She Wrote”, and “21 Jump Street”. In 1988, she earned further recognition after showing outstanding performance as Patricia Williams in the prime-time TV series “Knots Landing”. She has last appeared as Dr. Twineman in the TV movie “Mrs. Washington Goes to Smith”.

Lynne Moody, 71, never married anyone. However, she became pregnant as a teenager. After delivering a daughter on 10th December 1964, she left her for adoption. Moody wasn’t prepared for her motherhood role as she was too young, and she had a big dream to make a career as an actress. Though, she always thought of her daughter and had a hope that she would reunite her in the future.

Moody’s dream came true when her daughter, Lisa Wright came searching for her mother. Lisa’s adopted mother told her every insight story on her mother, why she left Lisa. After experiencing motherhood herself, Lisa thought of searching for her real mother. That makes her go for a DNA test, and her result matched with Lynne’s brother. After some time, she connected with her brother, and finally reunited with Moody.

You May Also Like:   Lena Dunham Net Worth: How Rich is the Actress Actually in 2022?

Lynne Moody has spent nearly four decades her career in the entertainment industry. Through her exact net worth value has not got revealed, but her personal wealth must be around $2 million.

Tawny Kitaen Net Worth: How Rich was the Actress Actually?