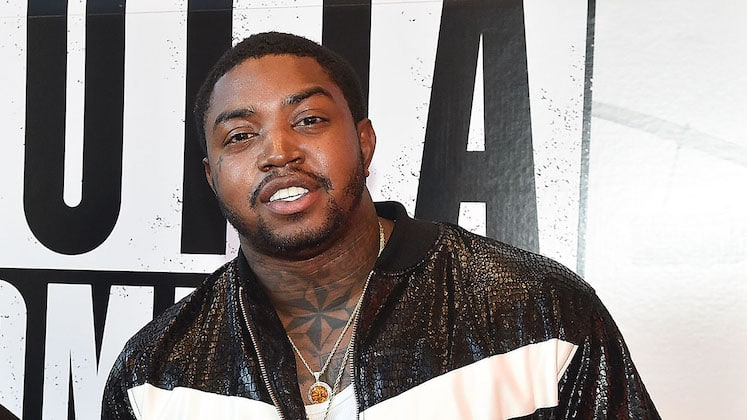 Lil Scrappy is an American southern rapper and record producer from Atlanta. He is best known for his songs, No Problems, Head Bussa, and Money in the Bank. Scrappy is also known for his appearance on VH1’s hit show, Love & Hip Hop: Atlanta. As of 2022, Lil Scrappy net worth is roughly around $900 thousand.

Lil Scrappy was born on January 19, 1984, in Brooklyn, New York. His mom’s name is known to be Momma Dee. Similarly, his father’s name is revealed as Darryl Sr. Lil and his mom were left alone by his dad before he was born.

Scrappy was brought up by his single mother. He confronted his mother for raising him in a whore house during a recent episode of Love & Hip Hop: Atlanta. In the episode, he was seen confronting his mom for the tough childhood he had growing up. Scrappy further revealed that his mom sold her body and worked as an escort. He also revealed that his mother even became the head pip for Atlanta’s famous brothel. For his study, he joined a military school in California.

Lil was nine when he started writing song lyrics. When he reached a teenager, he began rapping and was wowing neighborhood crowds. Initially, he performed as an underground artist. Then, he began working on his own mixtapes. After recording the mixtapes, he sold the CDs at flea markets and various strip clubs. During that time, he was also performing at Club Legacy for local teenagers in Atlanta.

You May Also Like:   Fivio Foreign Net Worth: How Rich is the Rapper Actually?

Scrappy came to the notice of BME Recordings executive, Vince Phillips, and producer, Lil Jon while he was performing at the Club Legacy bar. Vince and John eventually signed him to BME Recordings. In fact, he was one of the first artists who signed Lil Jon’s BME. In 2004, he dropped his first album titled The King of Crunk & BME Recordings Present: Trillville & Lil Scrappy. However, his first album was a split release where only one side of the disc includes his songs and the other side has Trillville songs. Despite that, the album became successful and peaked at 12 on the Billboard 200 chart.

Scrappy went on to co-produce his debut album, Bred 2 Die, Born 2 Live in 2006. He co-produced the album along with fellow artists, 50 Cent under BME, Reprise, and G-Unit Records. His debut album also has featured appearances of the rappers 50 Cent, Three 6 Mafia, and Lil Jon. Lil soon got into fame after he released his first song from the album, Money in the Bank. The single charted at 28 on the Billboard Hot 100 chart. In addition, it also became his biggest solo hit and the most commercially successful song in U. S.

Lil dropped his second album, Prince of the South on May 13, 2008. He released the album through Real Talk Entertainment. Following then, he joined the record label, Disturbing Tha Peace in April 2009. At that time, Scrappy has also started working on the motion picture, Just Another Day, which was a hip-hop drama. After the filming of the movie was wrapped, he was expected to promote his fourth album, Tha Grustle. However, the album was not postponed until November 2011. The album was finally released by the record label, Bonzi Records in 2012.

Scrappy released the song, Addicted To Money in September 2009. However, the song failed to create magic on the song’s chart. After a few weeks, he came up with his new song, Bad (That’s Her) featuring Stuey Rock. It also failed to find a spot on the Billboard charts. In October 2010, he released his second independent album, Prince of the South 2. He dropped the album through Real Talk Entertainment. Later on, he released two albums titled Tha Grustle and Confident.

You May Also Like:   Quando Rondo Net Worth: How Rich is the Rapper Actually?

Lil has also been limelight for being featured on VH1’s series, Love & Hip Hop: Atlanta. He appeared in season seven of the VH1 series. Lil has been a major protagonist for most of the Atlanta franchises. In the series, he was seen dealing with his relationships, fatherhood, and reigniting his rap career.

Lil Scrappy married his girlfriend, Adiz “Bambi” Benson on September 8, 2017. Together, they share a son, Breland Richardson, and a daughter, Xylo. Scrappy had broken up with Bambi in May 2017. However, he soon realized that he really missed Bambi and he desperately needed her back in his life. Soon after some time, the two got back and turned into a married couple. Previously, he dated Diamond and Erica Dixon. His ex-lover, Diamond openly confessed his violent side to The Breakfast Club.

Scrappy also shared a daughter, Emani Richardson from his former girlfriend, Erica Dixon. He started dating his current wife, Bambi in the third season of Love & Hip Hop: Atlanta. In the meantime, he also dated Erica Pinkett and also had flings with Jessia Dime and Betty Ido during Season five of the VH1 series.

Lil Scrappy’s net worth is estimated to be around $900 thousand as of 2022. He has earned a considerable amount from his music career and by appearing in VH1’s series, Love & Hip Hop: Atlanta. Scrappy also appeared on Love & Hip Hop: Miami in 2018.

Safaree Samuels Net Worth: How Rich is the Rapper Actually?