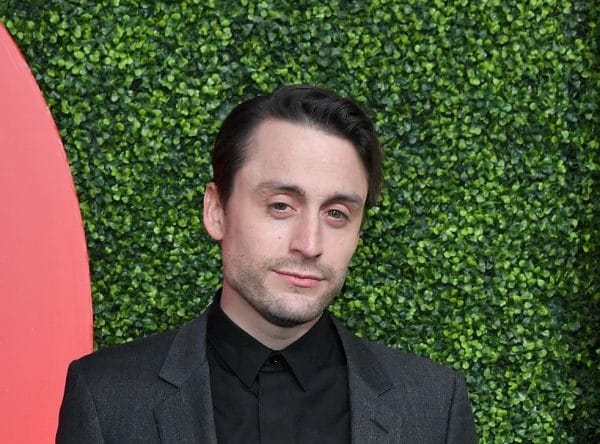 Kieran Culkin is a 39 years old American actor. He is best known for starring as Roman Roy in the HBO TV series “Succession”. Kieran is also recognized for his outstanding performance in the 2002 comedy-drama movie “Igby Goes Down”. As of 2022, Kieran Culkin net worth is estimated to be around $6 million.

Kieran Culkin was born on the 30th of September, 1982 in New York City, New York, United States. He was born to his parents, Kit Culkin and Patricia Brentrup. His father, Kit was a former stage actor. Kieran was primarily raised by his mother after his parents separated in September 1995. He grew up with six siblings, among which, two of his brothers, Macaulay and Rory are also actors.

Kieran started off his acting career by appearing in a small role in the 1990 comedy movie “Home Alone”. He appeared in the movie alongside his brother, Macaulay, who was playing the lead role in the movie. Later on, as a child actor and teenager, he appeared in many other comedy movies such as “Home Alone 2: Lost in New York”, “Father of the Bride”, and “Father of the Bride part II”.

Culkin started getting the lead roles in independent movies as he turned a teenager. In 1999, he showed an outstanding performance in the biographical musical drama movie “Music of the Heart”. In 2002, he was finalized for the lead role in the movie titled “Igby Goes Down”. Kieran received huge appreciation for his splendid performance in the movie. He even earned a nomination for Golden Globe Award.

You May Also Like:   Michael K Williams Net Worth: How Rich was the Actor Actually?

In 2018, he appeared as one of the main cast members in the HBO series “Succession”. In the series, he portrayed the role of an immature guy, Roman Roy, who doesn’t take responsibilities seriously. Culkin has most recently appeared as a host of the late-night comedy sketch show “Saturday Night Live”.

In the show, he shared a hilariously clumsy moment he had with the prominent SNL cast member around 30 years back when his elder brother, Macaulay hosted the show. At that time, his mother grabbed a cast member of SNL, Kevin Nealon, and told him that he was her son’s favorite, and Kevin gracefully accepted the compliment.

Kieran Culkin is married to a lady named Jazz Charton. He tied the knot with his wife, Jazz on June 8, 2013. Together, the pair shares two kids; a daughter, Kinsey Sioux, and a son, Wilder Wolf. Kieran has not shared much information about his personal life. He doesn’t seem active either on Instagram.

As of 2022, Kieran Culkin’s personal wealth is estimated to be around $6 million. He is currently earning $350 thousand per episode from being one of the cast members on the comedy-drama series “Succession”. Kieran is reportedly earning $3.5 million for a season from the series, Succession.

Angus T Jones Net Worth: How Rich is the Actor Actually in 2022?