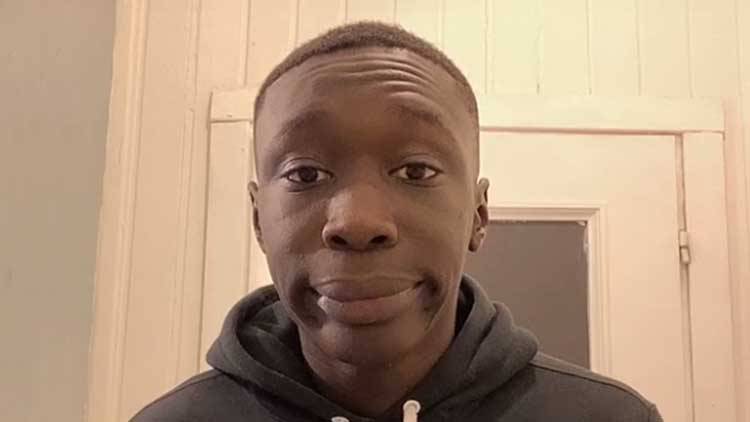 Khabane Lame, who is better known as Khaby Lame online, is a Senegalese social media personality.  Lame has grown into the second most followed personality in the widely popular platform TikTok having amassed such a huge following through his reaction videos and skits. As of 2022, Khaby Lame net worth is estimated to be around $5 million.

Lame was born in Senegal in a Muslim family. However, his family decided to move to Italy in search of a better life where Lame grew up from the age of 1 in public housing with humble beginnings. He grew up being an active athlete playing sports such as basketball and football and played in several tournaments as well.

But as he grew up, his responsibilities started growing as well because of which he decided to take up a factory job as a CNC machine operator. He has mentioned this to be a tough moment in his life since he was facing financial issues at this time as well.

Khaby Lame Net Worth and Career

For many people, the lockdown has been very tough and has disrupted their careers. But for Lame, the lockdown became a blessing in a way since it was during this time that he decided to utilize his time effectively by starting to post on TikTok.

He also found it as a fun way to pass time and so kept on creating more of videos that were pretty random that ranged from parodies he did to also creating different skits. Yet, his most popular format would be creating reaction videos which the users perceived to be very authentic.

What differentiates Lame from others is that many of his videos seem very realistic which any person can make which is a steep difference in contrast to other TikTokers who create videos with a lot of music.

According to Lame, more than anything it is the different comedic expressions that he makes in the reaction videos that have led to his popularity. Furthermore, he doesn’t feel like a star but more like a normal person because of which people are able to better relate with the content that he produces.

Lame aspires to reach the levels of Eddie Murphy and Will Smith whom he considers to be his role models.

It has been known that Lame is currently engaged with a girl named Zaira Nucci with their engagement happening in 2020. Though he lives in Italy, he only possesses Senegalese citizenship. Being based in Italy, he is a big fan of Juventus who have invited him for major programs too.

As of 2022, Khaby Lame has an estimated net worth of $5 million. Being the second most followed TikToker in the world with millions of loyal fans, there are many brands who are looking to partner with him.

It is estimated that he takes around $50,000 for every sponsored post on TikTok though he posts his own videos and limits such videos. Yet, because of his global popularity, he is contacted by brands all over the world. Recently, he partnered with an Indian brand called Dream11 because of his Indian fan following.

Emily Mariko Net Worth: How Rich is the TikTok Star Actually?

Jenny69 Net Worth: How Rich is the Social Media Star Actually in 2022?