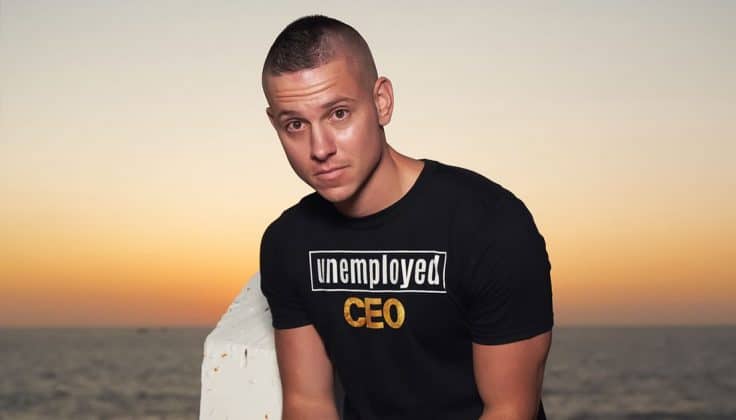 Kevin David is an American entrepreneur and reality television personality. He is best known for his appearance on Lifetime TV’s reality series “Marrying Millions”. Kevin likes to be called Unemployed CEO of four companies; ZonBase, MarketerMagic, ShopInspect, and AMZ Done for You. As of 2022, Kevin David net worth is estimated to be around $28 million.

Kevin David stepped into this world in 1990 in Eugene, Oregon, United States. He shares a close relationship with his father. A few times back, he wished his father on Father’s Day to write a sweet message on Facebook. However, Kevin has not shared much information about his mother and siblings.

Kevin earned a University degree from Oregon State University. Soon after graduation, he started working as an accountant. However, Kevin later realized that he was not made for an office job. He wanted to do something on his own and make money.

After leaving his accounting job, he started his own Amazon FBA eCommerce business. He worked really hard on his business, which later became successful and earned him a lot of money. To date, he has successfully established four eCommerce companies.

Kevin is also sharing his business idea with people by making videos on YouTube. He started his YouTube channel on July 31, 2012. To date, he has gathered 1.29 million subscribers on the channel. He made a recent video on the title “Earn $50 Per Hour Watching Videos: Available Worldwide”, which was uploaded on April 2, 2021.

Besides his entrepreneurial venture, he is also popular for making appearances on Lifetime TV’s reality show “Marrying Millions”. He appeared in the show along with his girlfriend, Kattie Morrow.

Kevin seems a bit frugal when it comes to spending money on his girlfriend. In one of the episodes called “Rich Man, Poor Plan”, Kevin and Kattie went for dinner at a restaurant, where he was seen arguing with Kattie about splitting the bills.

Likewise, in one of the episodes, he refused to lend her $1000 as she was asking for the money to pay her rent. During an episode scene of ‘Marriage Material”, Kevin told Kattie to get a job after he purchased his second Lamborghini.

Kevin and Kattie, both have been quite impressive in the show. Audiences are amazed to see the love chemistry between the couple, though Kevin seems to be not fulfilling all her needs.

Kevin David met his lady love, Kattie first time when he was giving an informative session. She came from Mexico to attend his session. At the end of the session, Kevin took the first initiative to speak with her. Soon after their first meeting, they fell in love and started dating. Both are still together and showing strong chemistry on the reality show “Marrying Millions”.

Anjali Sud Net Worth: How Rich is the CEO of Vimeo Actually?

Vitalik Buterin Net Worth: How Rich is the Co-Founder of Ethereum?