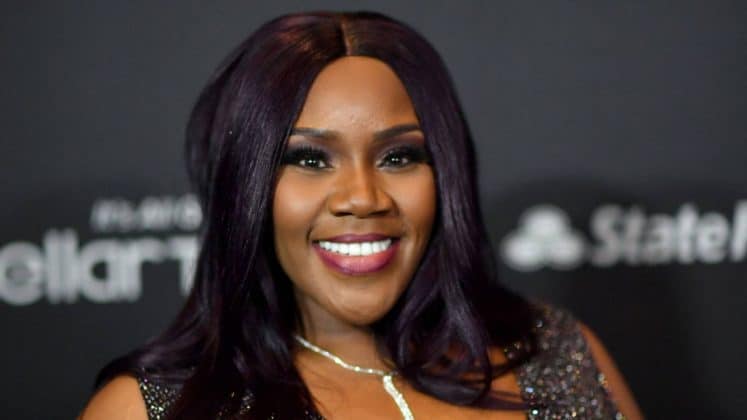 Kelly Cherelle Price is an American gospel singer and songwriter. As of 2022, Kelly Price net worth is estimated to be around $3 million.

Kelly grew up in a place called Far Rockaway in Queens, New York. With her parents going to the church, they decided to make her part of the church singing group when she was still only a toddler. This early exposure to singing would lead to a lifelong practice in music for Kelly.

Kelly Price Net Worth and Career

When Kelly was only 19 years of age, she managed to get her first-ever professional gig when she performed with George Michael in Madison Square Garden in 1992. That same year when she had gone to the Grammy Awards, Mariah Carey had heard of her singing in the next room.

She liked the voice that Kelly had and introduced her to Carey’s husband who worked at Sony Columbia as the head there. Kelly then found a job as a background singer for Carey and continued working for her for 5 years.

During this time, she was able to gain several credits to some very popular songs including the hit single called Fantasy which was released by Mariah Carey. Furthermore, she has also contributed to Mo Money Mo Problems as well as Heartbreak Hotel.

You May Also Like:   Kali Uchis Net Worth: How Rich is the Singer Actually in 2022?

Over the years, Kelly Price felt that she was not fulfilling the real potential that she had and as a result decided to pursue her singing career by signing with Island Records. Together with them, she released her debut album which was titled Soul of A Woman. The biggest hit of the album was the song called Friend of Mine which was a big hit.

There was also an LP version of Friend of Mine which managed to reach No. 1 in the U.S. R&B charts. She then continued her work of creating songs and went on to release Mirror Mirror in 2000 through Def Jam Records.

Among the hits included the single called You Should’ve Told Me which was even nominated for a Grammy Award. Because of her growing popularity and recognition, in 2003, she was part of a film called Bringing Down the House too.

Coming back to her roots with the church, Kelly now started to focus on gospel music and released her first gospel album called This is Who I Am in 2006. This was a big hit as it managed to debut at No. 1 in the Billboard Gospel Charts.

She also formed The Queen Project which included members Deborah Cox and Tamia who had started this group to empower women of all ages as well as backgrounds by being involved in several community service projects.

Kelly Price was in a relationship with Jeffrey Rolle who was also her former manager. They were together for close to 25 years before they decided to go their separate ways in 2016. They have two children together from this marriage. She has recently mentioned that she is currently engaged to a man but has not revealed any details about this person yet to the public.

You May Also Like:   Brandy Norwood Net Worth: How Rich Is the Singer in 2022?

Kelly has been involved in several legal issues over the years. One lawsuit in 2018 led to damage of her reputation as a company called Sang Girl Productions had given her an advance of $25,000 to do a fundraiser for a non-profit. However, she did not attend the event and did not return the advance either.

As of 2022, Kelly Price has an estimated net worth of $3 million. Her successful singing career helped her to amass that amount of fortune.

Josh Groban Net Worth: How Rich is the Singer Actually in 2022?