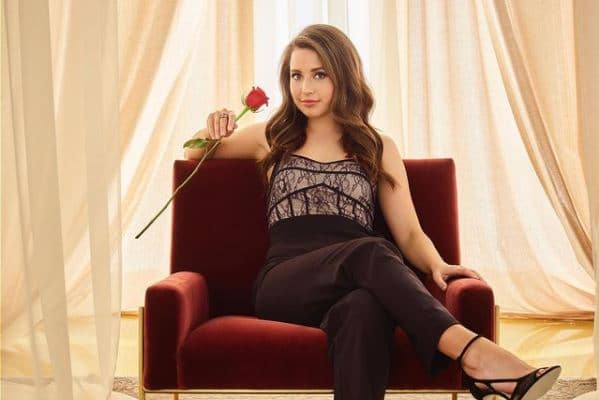 Katie Thurston was born on the 3rd of January, 1991 in Renton, Washington, United States. Nothing is much known about her past life, parents, and academic background. However, as per sources, she has studied at Lynnwood High School. She used to play volleyball with the school’s volleyball team, as the libero. In one of the episodes of The Bachelor, Katie revealed that she lost her father in 2012.

Katie has mentioned herself to be a bank marketing manager. She has reportedly served at the First Financial Northwest bank in Edmonds Branch. As per sources, she has been serving in the banking sector for more than ten years. Besides her banking duties, she has also been involved in a lot of volunteering activities for Snohomish County’s School Days, where she distributed the school supplies to school children along with her bank’s co-workers.

Katie came into the notice for the first time after she made an appearance on the 25th season of the reality show “The Bachelor”, which featured Matt James. She finished in 11th place in the season, where she was eliminated right after a 1-on-1 date with Matt James. Rachael Kirkconnell came out as a winner of the show, and After the Final Rose special episode on March 15, Emmanuel Acho announced that Katie would be appearing as the Bachelorette for the 17th season of The Bachelorette.

The new season of The Bachelorette started premiering on ABC on June 7, 2021. The reality show features some of the notable contestants like Andrew Spencer and Blake Moynes. Katie was quite shocked to see Blake Moynes on the set. She knew him before the show, and she had also chatted with him. Blake, the ex-boyfriend of Tayshia Adams, had a surprise entry in the recent episode, where he was seen holding a boom box over his head.

In the preview episode, Katie was shown sitting on the ground in tears, where she says “I am done, I am done, I am done”. The drama actually started when she was pushed over the edge. Katie was also seen saying she wanted to walk away from the camera and even told someone to book her flight back home.

Katie Thurston currently stands at a height of 5 feet 5 inches or 1.65 m tall and weighs around 52 kg or 115 pounds. Her exact body measurements are not available at the moment. Likewise, her hair color is dark brown and eye color is hazel.

Katie Thurston is presently single. She has previously dated a comedian, Andrew Rivers, whom she met on a Tinder date. However, it turned out to be just one last date for Andrew, as it didn’t go well. Thurston is currently appearing on The Bachelorette. It would be interesting to see if she finds her ideal boyfriend in the show. She has mentioned that she prefers personality over physical appearance.

Katie Thurston has gathered a total net worth value of around $850 thousand by 2022. As per sources, she earned around $100,000 for about 2 months worth of filming for the 17th Season of The Bachelorette. Likewise, as a bank marketing manager, she earns an average salary of around $104,142.