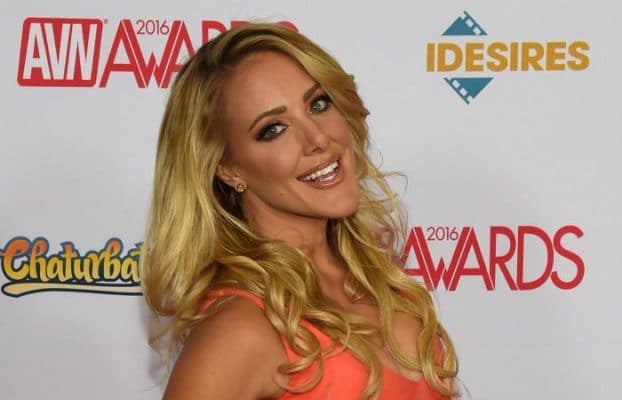 Kate Quigley is an American standup comedian and actress. She is best known as “up for anything star” of Playboy TV’s Undercover. Kate’s acting credits include “Star Trek: Hidden Frontier”, and “The Office”. As of 2022, Kate Quigley net worth is estimated to be around $500 thousand.

Kate Quigley is reportedly recovering well after taking fentanyl-laced coke on September 4, 2021, which killed the comedian, Fuquan Johnson, and two other people.

Kate Quigley was born on the 8th of February, 1982 in Canton Ohio, United States. She has not talked much about her parents, past life, and educational background. However, we came to know that she is a high school graduate.

Kate was interested in acting from the beginning. She even left her house to study theater at the Chicago College of Performing Arts. Kate began her acting career in 2006 by appearing as a Casino Waitress for an episode in the TV series “The Office”. That same year, she appeared as Silan in the TV series “Star Trek: Hidden Frontier”

Then in 2013, she portrayed the character of Carmen in the TV series “My Super-Overactive Imagination”. She appeared in three episodes of the series. Kate’s first lead role came in the 2016 TV mini-series “Guber”. In March 2016, she hosted the 2016 AVN Awards. Quigley gained wide recognition after she hosted Playboy TV’s Undercover.

Kate was recently hospitalized after taking fentanyl-laced coke at a Venice home party in Los Angeles. She along with three other people including comedian Fuquan Johnson were found unresponsive after the midnight party on September 4, 2021. Quigley was reportedly declared in a critical condition after she consumed cocaine laced with fentanyl. However, the other three people were found dead on the spot.

The party was organized next door from where Kate lives in Venice. Kate seems to be doing well now, and recently one of her close friends, Brian Redban posted an update on her health condition on Instagram. Brian shared a screenshot of the text that he received from Kate through an Instagram conversation where Kate wrote “I’m alive. I’m not great. But I’m ok.”

Kate Quigley is reportedly dating an American singer and songwriter, Darius Carlos Rucker. She was linked up with Rucker at the beginning of the summer last year. They allegedly started dating in July 2020 after Darius announced that he is separating from his wife, Beth Leonard.

As per the reports of TMZ, the couple has broken up, and they have not been dating for a while. In May 2021, Kate shared a photo on Instagram with the caption “These couples are the worst”. Though Kate and Darius, both were looking happy in the picture, people were amazed and confused with her caption.

As of 2022, Kate Quigley’s personal wealth is estimated to be around $500 thousand. Kate might have gathered a considerable amount from her acting and standup comedy acts.

Fuquan Johnson Net Worth & Wiki: How Rich was the Comedian?