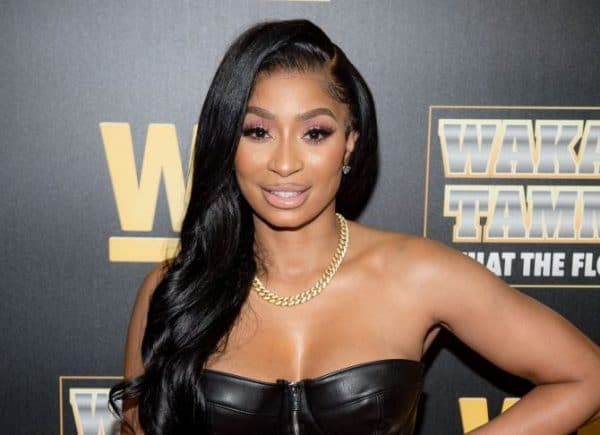 Karlie Redd is an American reality TV star, rapper, model, and actress. She is best known for being a main cast member on VH1’s reality show “Love & Hip Hop: Atlanta”. Karlie has been a main cast member of the show since it started premiering in June 2012. As of 2022, Karlie Redd net worth is estimated to be around $1.5 million.

Karlie Redd was born on 15th April 1974 in New York City, New York, United States. She has been in controversy regarding her real age. Karlie claimed that she is in her twenties in 2012. However, in 2015, she listed her age to be 49 in the life and Entertainment magazine, Playboy Plus. She further revealed her age to be 45 while talking to the talk show “The Real” on May 20, 2019.

Karlie’s father is an African-American, and her mother is a Trinidadian. She grew up between Trinidad and New York. At age 12, she permanently settles down in New York. Regarding her education, she is a college graduate and has studied at The Harlem School of the Arts. Likewise, she has also studied at Alvin Ailey American Dance Theater.

In her starting career days, she has appeared as Keisha “Karlie” Lewis in the movie titled “Black Spring Break 2”, which was released in 2001. She started working for reality shows in 2010. Her first reality show experience came in 2010 after she showed up in VH1’s reality show “Scream Queens”.

You May Also Like:   Jennifer Davis Long Net Worth: How Rich is RHOD Star Actually?

Karlie received immense popularity after she appeared as one of the cast members on VH1’s reality show “Love & Hip Hop: Atlanta” in 2012. She appeared in the reality show as an aspiring rapper in a hope that she would collaborate with the rapper, Stevie J. Soon, she started getting popularity on the show for being messy and lying about her real age.

In the first two seasons, she grabbed the attention of audiences, through her rivalry with K. Michelle. During her ongoing rivalry with Michelle, she released a diss track titled “Bring It”. However, later both solved their issues, and reconcile their differences. She has also been popular in the show for her chaotic love life. Karlie has been romantically involved with the show’s male cast members like Yung Joc, Benzino, Lyfe Jennings, Scrapp DeLeon, and Sean Garrett.

Karlie got her first big movie role in 2014 when she appeared in the box office hit movie titled “Top Five”. She is currently playing a recurring role in the soap opera “Saints and Sinners”. As a singer, she released her first song titled “A Girl Has Needs” in July 2012. Likewise, she announced her first musical project “Karlie Ferrari” in October 2018.

Karlie Redd has a teenage daughter named Jazmine Lewis, who studies at Clark Atlanta University. She gave birth to her daughter, while she was in a relationship with former kingpin, Nate Hill. Her ex-partner, Nate is reportedly serving a lifetime prison sentence.

She has also briefly dated Ceaser Emanuel in March 2017. Later, she fell in love with Arkansas Mo, with whom she announced her engagement in eight seasons of Love & Hip Hop: Atlanta. Later, she married him for a short time.

Karlie Redd is also making a hefty sum from her business venture. She owns a company named “Redd Remy hairline, which was launched in 2012. She has also started a boutique clothing store called Merci Boutique in 2015. Likewise, she received a $300,000 advance in August 2019 to make a line of sex toys from the adult company, Doc Johnson.

Angel Brinks Net Worth: How Rich is the ‘Basketball Wives’ Star?