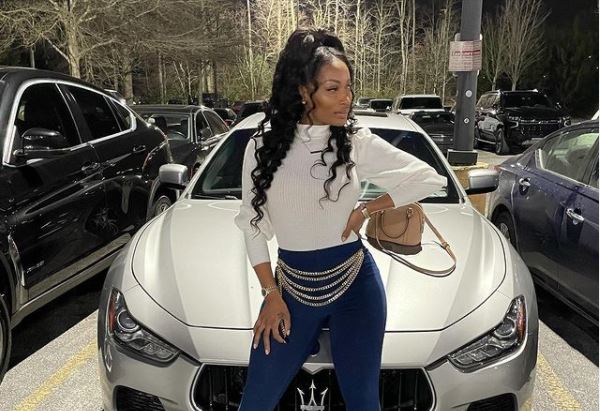 Erica Dixon is an American reality TV personality, who is best known for her appearance on VH1’s reality series “Love & Hip Hop: Atlanta”. Erica is also a founder of the beauty and lifestyle brand, Klass6. As of 2022, Erica Dixon net worth is estimated to be around $700 thousand.

Erica Dixon was born on 12th October 1983 in Atlanta, Georgia, United States. She was raised by her aunt and uncle alongside six brothers and three sisters. Her mother, Mingnon Dixon lost custody of her children due to her crack cocaine addiction. For her study, she joined Forest Park High school. Later, she attended Emory University School of Medicine, from where she earned her University degree.

Erica had her early work experience as a medical biller and a coder for a pharmacy. Though, she always wanted to be a model and designer from the beginning. Erica came into public notice for the first time, when she was introduced to the VH1’s reality series “Love & Hip Hop: Atlanta” in 2012. Her on and off relationship with the rapper, Lil’ Scrappy became the central part of the attraction in the show.

Scrappy proposed to Erica on stage on the first season’s reunion special. Erica was happy to accept his proposal. However, the pair was not successful to continue their relationship for a long time as they turned down their engagement in the second season. Erica’s struggling relation with her mother, Mignon, also presented in the show. She and her mother also had a physical altercation with a fellow cast member, Momma Dee.

You May Also Like:   Mendeecees Harris Net Worth: How Rich is Love & Hip Hop Star?

Erica’s presence proved to be beneficial for the show, as it went on to increase 3,000,000 viewers per episode. After appearing in the four seasons, she quit the show. However, after two years in the 7th season, she came back on the show as a supporting cast member. She was also a central attraction in season 8, due to her pregnancy and the birth of twin daughters.

Erica has also made an appearance in the special episode of “Dirty Little Secrets”. Likewise, she was seen in one episode of “Love & Hip Hop Atlanta: After Party Live”. In 2015, she appeared as Attorney Montana Price in the television movie “Blaq Gold”.

Erica Dixon was in a relationship with the rapper, Lil’ Scrappy for more than 12 years. They met for the first time in high school. On July 29, 2005, she gave birth to Emani. After the birth of her daughter, she and Lil’ went on to part their ways, and then, they were involved in the disputes over child support, which was briefly engaged. On May 6, 2019, Erica gave birth to twin daughters, Embrii and Eryss.

However, Erica didn’t reveal the name of her twin daughters. Around 2020 on Halloween, theybf_daily shared the family picture of Erica, where she was seen with her three daughters and a man. The picture gave a hint on the mysterious man that Erica was hiding for a long time.

As of 2022, Erica Dixon’s personal wealth is estimated to be around $700 thousand. Besides earning the hefty sum from Love and Hip Hop: Atlanta, she is also getting a considerable amount from her entrepreneurial venture. As per sources, she is earning an estimated amount of over $70,000 in a year from her fashion brand, Klass6.

You May Also Like:   Marsau Scott Net Worth: Height, Age, Wiki, Career & Wife

Erika Jayne Net Worth: How Rich is the TV Star Actually in 2022?