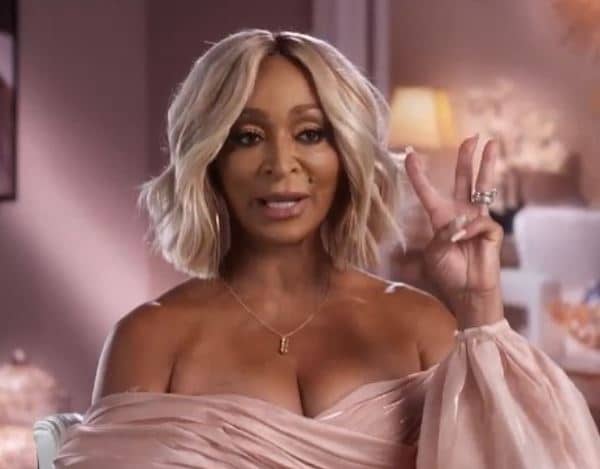 Karen Huger is an American television personality and entrepreneur. She is best known for being one of the stars of the hit reality television show called The Real Housewives of Potomac. Furthermore, she also has entrepreneurial pursuits having started her own fragrance line which is expanding to other products too. As of 2022, Karen Huger net worth is estimated to be around $11 million.

Huger grew up in Virginia with her family having a large family that they have owned for more than a century. From a young age, she noticed the hard work and dedication that was needed in order to achieve something by watching her father. Huger later studied at the University of Virginia from where she completed her higher education.

Karen Huger Net Worth and Career

The Real Housewives of Potomac started its episodes in 2016 with Karen becoming one of the housewives on the show which is the 8th edition of the original franchise. This show has been able to depict the lives including the ups and downs of the housewives who live around the Potomac area in Maryland of Washington D.C.

Her husband Ray Huger is also featured on the show with the two living luxurious life. The show sees that Karen is a sharp-tongued woman who isn’t afraid to speak her mind out and also produces some hilarious moments in the show. Because of this popularity, she has also started her own entrepreneurial ventures.

Huger announced her own fragrance line which was called La’ Dame Fragrance by Karen Huger. Furthermore, the success that La’Dame brand has received has led to her expanding to starting a wig line as well as a home fragrance gift set.

Karen has been able to capitalize on the passion that she has for beauty and fashion products by turning it into a business. She is seen promoting these products through her Instagram page where she has garnered more than 430k followers in quick succession.

She also has a Youtube channel which she just started in which Huger posts vlogs, as well as tutorials and, has been able to garner 6.77k subscribers so far.

Karen Huger has been married to Ray Huger for more than 25 years and recently celebrated their silver jubilee of being together. Together with Ray, Karen has two children who are named Brandon and Rayvin. Though it is not confirmed, reports have mentioned that she was previously married to Edmund E. Carter.

Aside from her entrepreneurial ventures, Huger is also involved in philanthropy. She is involved in her community and has been an advocate of Promoting Awareness Victim Empowerment (PAVE) and the Alzheimer’s Association.

Furthermore, she is also associated with Felicia’s Fund where she serves as a vice president. Karen has also posted of several instances where she is seen to be doing public speaking in order to empower women.

As of 2022, Karen Huger has an estimated net worth of $11 million. Karen is the wealthiest housewife among the cast members of the show she is involved in. The first reason for this is that her husband Ray Huger is a very successful tech entrepreneur who is estimated to be worth $40 million.

In one of the interviews she did, Karen has even mentioned her husband to be the Black Bill Gates for the African-American community. However, the couple has had some problems with taxes in recent years but they seem to have resolved this issue.

Carrot Top Net Worth: How Rich is the Comedian Actually?