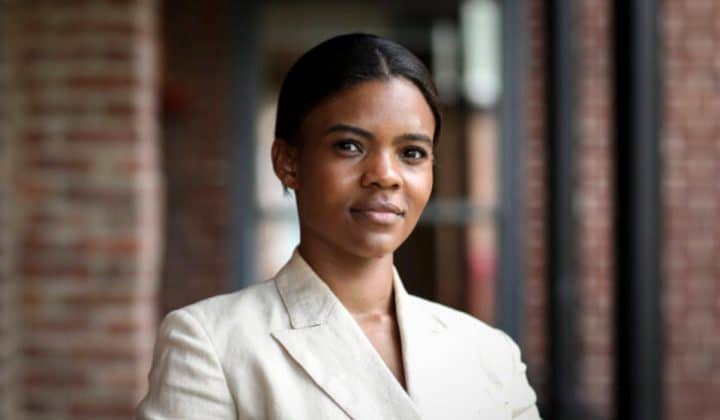 Candace Owens is an eminent political commentator and conservator author from America. She is best recognized for her involvement in pro-Trump activism. As of 2022, Candace Owens net worth is estimated to be roughly $2 million.

Candace Owens was born on 29th April 1989 in Stamford, Connecticut, United States. She grew up in her grandparent’s house as her parents separated by divorce. Candace has three siblings. While growing up at Stamford, she completed her high school education at Stamford High School.

Owens has been the victim of racism while she was in High School’s senior year. She received a racial death threat violent voicemail message from politician Dannel Malloy’s son. Her family members were really disappointed with the Stamford Board of Education, who didn’t take any step to protect Owen’s rights. In January 2008, the Owens family sued the Education Board and received $37,500 as a settlement amount.

Candace Owens Net Worth and Career

Candace wanted to be in journalism earlier, due to which she became enrolled at the University of Rhode Island. However, she had to left the University after junior year because of some issue with her student loan. Her early work experience was for the private equity firm, where she served as an administrative assistant. Later, she was promoted as vice president of the company’s administration.

Owens started working as a CEO of a marketing agency, Degree 180 in 2015. It also includes an anti-conservative blog that frequently posts anti-Trump content. In 2016, she launched a website, SocialAutopsy.com which mainly reveals the bullies on the internet.

In 2017, she strongly came out in a support of Donald Trump and criticizes liberal rhetoric in regards to structural racism, identity politics, and systemic inequality. That year, she started a YouTube channel that promoted black conservatism in America. She also launched the website, Red Pill Black with the same motive in September 2017.

Owens served as a Communications Director for an organization Turning Point USA from 2017 to 2019. In late 2018, she started a Blexit Foundation with a motive to encourage African Americans to leave the Democratic Party and join Republicans for freedom. She is currently hosting the show called “The Candace Owens Show”, which premiers on PragerU’s YouTube Channel.

Candace made an announcement in April 2020 that she would be running an office in United States Senate or as a governor. Recently in February 2021, she announced through Twitter that she is thinking to make a run for 2024’s President.

Candace Owens currently stands at a height of 5 feet 7 inches or 170 cm tall and weighs approximately 55 kg or 121 pounds. Her body measurements are not known at the moment. Meanwhile, her hair color and eye color are both black.

Candace Owens is married to George Farmer, who has served as a chairman of the Turning Point UK. Owens got engaged to George in early 2019. The couple tied the knot on 31st August 2019 at the Trump Winery. She gave birth to her first kid on January 13, 2021.

Candace Owens has summed up a satisfying fortune of $2 million by 2022. She has been working on women’s rights as well and is against abortion and critical of feminism. Likewise, Owens is in a support of same-sex marriage and in opposition to welfare programs, claiming that the programs make black Americans depend more on the government.

Heather Dubrow Net Worth: How Rich is RHOC Star Actually?

Karen Huger Net Worth: How Rich is the RHOP Star Actually in 2022?