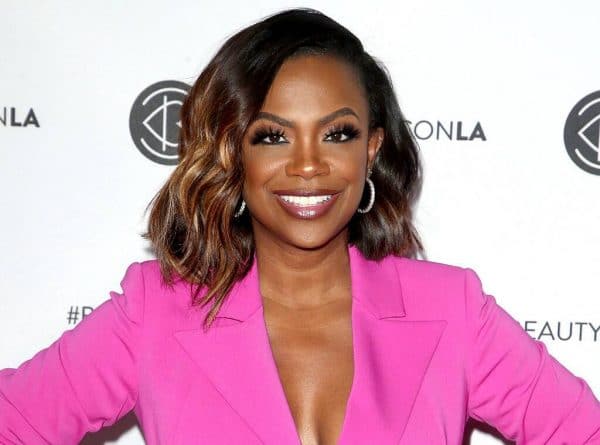 Kandi Burruss is a 46 years old American singer, TV personality, and actress. She is best known for her appearance in Bravo TV’s reality series “The Real Housewives of Atlanta (RHOA)”. She has been a part of RHOA since its second season. As of 2022, Kandi Burruss net worth is estimated to be around $35 million.

Kandi Burruss was born on the 17th of May, 1976 in East Point, Georgia, United States. She was raised by her parents, Titus Burruss, Jr. and Joyce Jones. Kandi grew up with an elder brother, Patrick Riley. She lost her brother, Patrick in a car accident. For her study, she joined the Tri-Cities High School from where she graduated in 1994.

Kandi gained early notice as a member of the female R&B group, Xscape. The group gave their debut performance in 1992 at BET’s Teen Summit. Later, the female group was introduced to record executive, Ian Burke, who later served as the group’s manager. After some time, the group signed a recording deal with the record label, So So Def Recordings.

You May Also Like:   Heather Rae Young Net Worth: How Rich is Selling Sunset Star?

On October 12, 1993, the female group, Xscape released their first album titled “Hummin’ Comin’ at ‘Cha”. The album became a big hit that peaked at the 7th spot on the U. S. Billboard 200. In 1995, they released their second studio album titled “Off the Hook”, which was certified platinum. Later on, for some reason, Xscape broke up, and Kandi decided to focus on songwriting and production.

Kandi came up with her solo debut album titled “Hey Kandi…” in 2000, which includes the hit songs “Cheatin’ on Me” and “Don’t Think I’m Not”. She dropped her first EP titled “Fly Above EP” on October 29, 2009. Burrus released her second album titled “Kandi Koated” in December 2010 after signing a record deal with Asylum Records.

Kandi started appearing as one of the main cast members of The Real Housewives of Atlanta in its 2nd season. Since then, she has been featured in every season of RHOA. She has also appeared in the reality competition show “Celebrity Big Brother”, where she finished fifth.

Likewise, she participated in the reality singing competition “The Masked Singer” in 2020. She eventually succeeded to win the reality singing competition where she became the show’s first female winner. Besides her popularity from many reality series, she has also made a cameo appearance on various TV series such as “The Tankards”, Thicker Than Water”, and “Let’s Stay Together”.

Kandi Burruss is married to a former line producer of RHOA, Todd Tucker. She was dating him since 2011 during the fourth season of the series. After three years of being in a relationship, the pair exchanged their wedding vows on April 4, 2014. Kandi and her hubby, Todd presently parents two kids; a son and a daughter. Their second kid, a daughter was born through a surrogate on 22nd November 2019.

As of 2022, Kandi Burruss’ personal wealth is estimated to be around $35 million. As per the reports, she is currently making a whopping amount of around $450,000 per season from RHOA. Kandi bought a large 7,000 square foot mansion in Atlanta for $512,0000. The mansion’s current price is valued at around $1 million.

Rodney Foster Net Worth: How Rich is Marrying Millions’ Star?

Cynthia Bailey Net Worth: How Rich is the RHOA Star Actually in 2022?