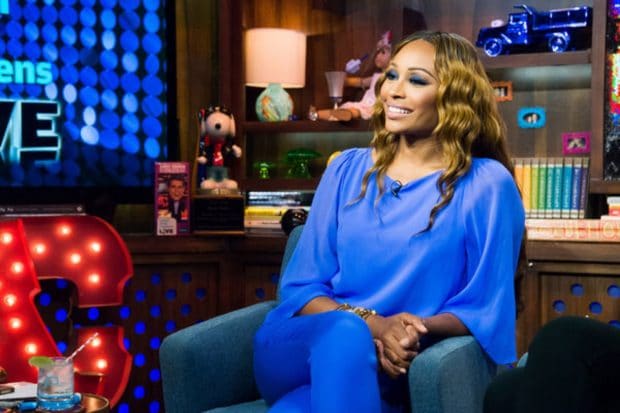 Cynthia Bailey is a famous American model, reality TV personality, and actress. She is best known for being one of the cast members on Bravo TV’s reality series “The Real Housewives of Atlanta (RHOA)”. As of 2022, Cynthia Bailey net worth is summed up to be roughly $3 million.

Bailey has been part of the popular reality series for 11 seasons from Season 3 to Season 13. However, on September 27, through her Instagram post, she confirmed the news that she wouldn’t be a part of the new season of RHOA.

Cynthia Bailey was born on the 19th of February, 1967 in Decatur, Alabama, United States. She spent her childhood days growing up in Tuscumbia. Cynthia was born to her parents, Elijah and Barbara. Her dad, Elijah used to work at an auto factory, and her mom, Barbara used to work at a sewing factory.

Bailey took her grandmother as a real inspiration for her life. She has even mentioned her grandmother as the first female black entrepreneur in her life. For her study, she joined the University of Alabama. In her early days, she also competed in the local beauty pageants.

Cynthia has named the first African American homeschooling queen while she was studying at Deshler High School. She then competed in a homecoming queen pageant, however, she failed to win the beauty pageant title. Though, she came to the notice of a modeling agency, Wilhelmina Models talent scout with whom she signed a 5-year contract.

You May Also Like:   Devon Diep Net Worth: How Rich is the 'Bling Empire' Star?

Cynthia has worked as a runway model for a year in Paris and Milan. However, she later returned back to New York City and started modeling for the companies like Target, Maybelline, and Oil of Olay. She has also appeared as a model for the magazines such as Vanity Fair, Elle, Vogue, and Glamour.

Cynthia came into the limelight after she was featured in the reality TV show “The Real Housewives of Atlanta” in 2010. She made her debut in the reality show in its third season. Bailey was earlier in doubt whether she should join the show or not, but later she eventually joined the show considering it as a business opportunity.

Cynthia appeared in the reality series for 11 seasons. However, she has recently confirmed that she would not be returning for the next season of The Real Housewives of Atlanta. Cynthia wrote on her Instagram post “After much thought and consideration, I have made the very difficult and heartfelt decision not to return for the next season of Real Housewives of Atlanta”. At the end of the post, she also thanked NBC Universal, Bravo TV, and Truly Original for over a decade of partnership.

You May Also Like:   Raven Symone Net Worth: How Rich Is the Actress in 2022?

Cynthia Bailey has been married twice. She was first married to Peter Thomas on 24th July 2010. Cynthia and Peter’s wedding was shown in the third season of The Real Housewives of Atlanta. After living together for six years, they announced their separation publicly in 2016. They officially got separated with divorce in March 2017.

Cynthia started dating Fox Sports correspondent, Mike Hill in August 2018. They became engaged in July 2019 and exchanged wedding vows on October 10, 2020. Their wedding was planned with strict rules as it was organized during the COVID-19 pandemic.

A total of 250 guests were present at the wedding reception. Although strict rule like wearing a face mask was made mandatory, later the Twitter users blasted on the guests for not wearing masks after the wedding pictures and videos were exposed.

As of 2022, Cynthia Bailey’s personal wealth is estimated to be around $3 million. She has gathered a huge amount from appearing in the reality series Real Housewives of Atlanta. Bailey was reportedly making $300,000 per season from RHOA. In 2016, she bought an Atlanta-area house worth $940,000.

Kandi Burruss Net Worth: How Rich is the RHOA Star Actually?

Petri Hawkins Byrd Net Worth: How Rich is the TV Star Actually?