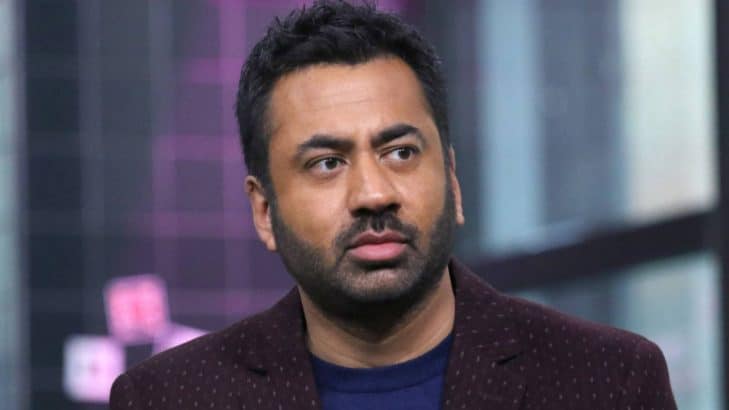 Kal Penn is a 45 years old American actor, who is best recognized for playing the role of Lawrence Kutner on Fox’s medical drama series “House”. He is also a former White House staff member, who served in the former President, Barack Obama’s administration. As of 2022, Kal Penn net worth is summed up to be around $12 million.

The veteran actor, Kal Penn recently revealed that he is engaged to his longtime beau, Josh. He shared a detailed story about his love story with Josh in his memoir “You Can’t Be Serious”.

Kal Penn was born Kalpen Suresh Modi on the 23rd of April, 1977 in Montclair, New Jersey, United States. His parents were Gujarati Indians who emigrated to the United States. Kal’s dad, Suresh Modi works as an engineer, and his mom, Asmita Bhatt works for a perfume company as a fragrance evaluator.

Regarding his education detail, he has studied at the Marlboro Middle School, where he used to play baritone saxophone in a jazz band. Later, he studied at the Howell High School during his freshman year. He was later transferred to Freehold Township High School to continue his remaining years’ studies. Following high school graduation, he attended UCLA from where he graduated in 2000. He double-majored in sociology and film from UCLA.

Kal started off his acting career in 1998 by appearing in the comedy short movie “Express: Aisle to Glory”. Since making his movie debut, he has appeared in many movies and TV series. In 2007, he showed his exceptional performance in the drama movie “The Namesake”. For his brilliant performance in the movie, he received the Asian Excellence Award. The same year in 2007, he appeared in Fox’s medical drama series “House”.

Penn appeared in a lead role as Dr. Lawrence Kutner in the drama series “House” for five years from 2007 to 2012. Besides gaining immense popularity from TV roles, he has shown his exceptional performance in various movies. He has appeared as Kumar Patel in the movie series “Harold & Kumar”. He also earned further recognition by appearing in a recurring role of Kevin in CBS’ sitcom “How I Met Your Mother”.

Kal has likewise dedicated several years of his life to political positions. He was one of the members of Obama’s National Arts Policy Committee and has served as an advocate of former President, Barack Obama’s presidential campaign in 2007 and 2008. He accepted the offer to serve as an Associate Director of the White House Office of Public Engagement and Intergovernmental Affairs in 2009.

Though, he left his post as associate director of public engagement on 1st June 2010 and returned back to his acting career. In November 2013, he was hired by Obama to serve on the President’s Committee on the Arts and Humanities. After a few months in February 2014, he worked for the White House Student Film Festival.

Kal Penn has been in a relationship with his partner named Josh for 11 years. He announced in October 2021 that he is engaged to Josh. Kal shared all details about his love story with his partner, Josh in his memoir “You Can’t Be Serious”. Penn fell in love with Josh when he came to his apartment to watch Nascar.

Kal has also opened up on how he explored his sexuality. He came to know about his sexuality later in life compared to many other people.

As of 2022, Kal Penn’s personal wealth is estimated to be around $12 million. He has earned a huge amount from his acting and political career. Penn bought a $1.2 million worth of house in Hollywood Hills which he sold for $1.585 million in October 2018.

Jerry Mathers Net Worth: How Rich is the Actor Actually in 2022?

Octavio Ocana Net Worth: How Rich was the Mexican Actor Actually?