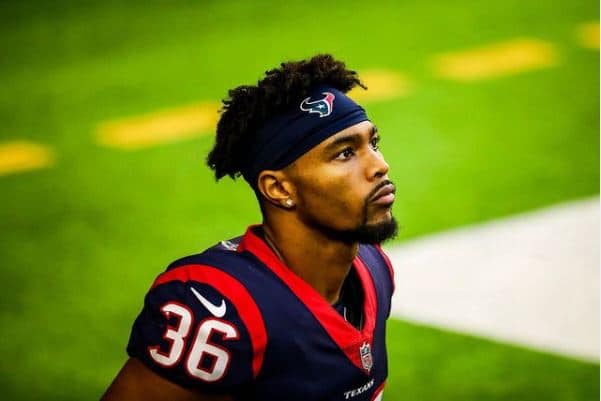 Jonathan Owens is an American football player for the Houston Texans in the National Football League (NFL) who plays in the position called safety. Before his professional career, Owens played college football for Missouri Western. As of 2022, Jonathan Owens net worth is estimated to be around $5 million.

Jonathan Ownes was born on July 22, 1995, in St. Louis, Missouri, United States. He went to Christian Brothers College where he was very active as a high school football player. He played under the guidance of Coach Scott Pingle who helped him to grow as a player through his grooming. His great performances would lead to him even winning the CBC Linebacker of the Year award.

Jonathan Owens Net Worth and Career

After completing high school, Owens went on to play for Missouri Western State University in the position of a defensive back. By 2017, Owens had improved as a player immensely with him even winning the MWSU Male Student-Athlete of the Year award.

Furthermore, Owens also focused on his studies at the same time by majoring in pre-physical therapy with him carrying the ambition of becoming a doctor in the future. His great sports abilities along with his academic rigor led to him even being in the MIAA Academic Honor Roll. Eventually, Owens would join the Arizona Cardinals with him being a part of the NFL in 2018.

You May Also Like:   Keith McCants Net Worth: How Rich was the Retired NFL Player Actually?

However, Owens got an injury that led to him being forced to spend the season on the injured reserve. He then went on to join the Houston Texas practice squad in 2019 and would eventually sign a contract with them in 2020. Though he was waived by Texans for some time, he is currently working in the active roster itself.

Owens was raised by his mother Arthurine Cannon who he mentions being his greatest influence in life. Furthermore, he loves to watch basketball as well and is a fan of the Miami Heat. Owens has been constantly in the media throughout the last year because of his relationship with the gymnast named Simone Biles who many have considered being among the greatest gymnasts right now in the U.S.

He has recently mentioned in a docuseries of Simone called Simone vs. Herself where Owens mentioned that he didn’t even know who Simone was initially. Many of Simone’s fans were amazed when they heard about this. But, later on, he would realize that she was the real deal later on when he saw how other people would react to seeing her in real life.

Owens has mentioned how it was her work ethic that was very attractive to him and the dedication that she has towards being the best. Owens is also a big dog lover and has three dogs which include a bulldog named Zeus as well as two French bulldogs named Lilo and Rambo.

As of 2022, Jonathan Owens has an estimated net worth of $5 million. He must have earned a vast chunk of that money as an NFL player for Houston Texas.

Ashleigh Barty Net Worth: How Rich is the Australian Tennis Player?