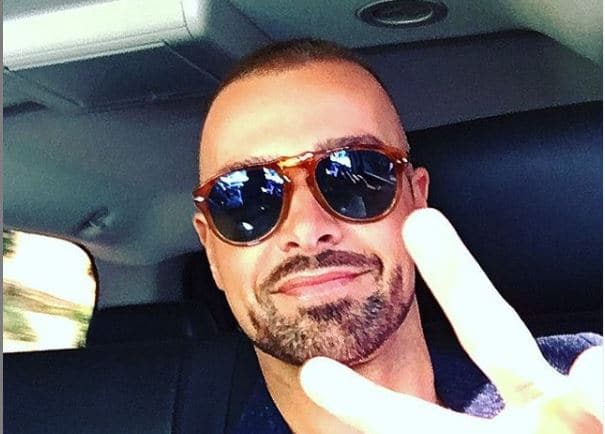 Joseph Lawrence Mignogna Jr., better known as Joey Lawrence is an American actor and singer-songwriter. He is best known for his appearance in the TV sitcoms “Blossom”, and “Melissa & Joey”. Joey is also recognized for showing amazing performance in the 1985 movie “Summer Rental”. As of 2022, Joey Lawrence net worth is estimated to be around $300 thousand.

Joey Lawrence was born on the 20th of April, 1976 in Abington, Pennsylvania, United States. He was born to his parents, Joseph Lawrence Mignogna, and Donna. His father used to work as an insurance broker, and his mom was working as a former elementary school teacher and personal manager. Joey grew up with two younger brothers in Philadelphia.

Regarding his education detail, he has studied at Abington Friends School. He became a high school graduate in 1994, and then he joined the University of Southern California.

Lawrence got his first acting role in a Cracker Jack commercial. Then, he made an appearance on the talk show “The Tonight Show Starring Johnny Carson”. At that time, he was just five, and in the show, he performed on the song “Give My Regards to Broadway”. Then, he made a few guest appearances in TV sitcoms “Different Strokes”, and “Silver Spoons”.

In 1983, he portrayed the role of Joey Donovan on NBC sitcom “Gimme a Break!”. He was a part of the series until the final episode aired in 1987. In 1991, he appeared in the hit Television series “Blossom”, where he played the character, Joey Russo.

Joey became a part of the most-watched TV movie “My Fake Fiance” in 2009. After that, he made a comeback on the small screen by appearing on ABC’s family sitcom “Melissa & Joey”. Besides acting, he is also a talented musician. He released his first album titled “Joey Lawrence” in February 1993. The album includes the hit song titled “Nothin’ My Love Can’t Fix”.

Lawrence teamed up with Andy and Matt and formed a band called Still 3 in 2017. The band came up with their first song “Lose Myself”. He has most recently appeared on the Season 1 Episode 8 of the dating game show “The Celebrity Dating Game”, where he asks the contestants what their ideal first date entails.

Joey Lawrence is currently dating an actress, Samantha Cope. As per sources, he got engaged to Samantha on August 10, 2021. Joey and Samantha fell in love while working together in an upcoming Lifetime movie.

You May Also Like:   Scott Caan Net Worth, Age, Bio, Wife, and Mother

The pair have been dating for around 11 months, and surprisingly, Joey has recently appeared on “The Celebrity Dating Game”. He must have filmed the reality show before he met Samantha or during the time, they had just begun their relationship.

Joey started dating Samantha during the COVID pandemic. So he explained how his love life went at that time “there was no way to wine and dine, anybody, because we couldn’t go anywhere”.

As of 2022, Joey Lawrence’s personal wealth is estimated to be around $300 thousand. He must have gathered a considerable amount from appearing in the various movies and TV series. On the other hand, his fiance, Samantha Cope holds a huge net worth of around $3 million.

Marcus Scribner Net Worth: How Rich is the Actor Actually?