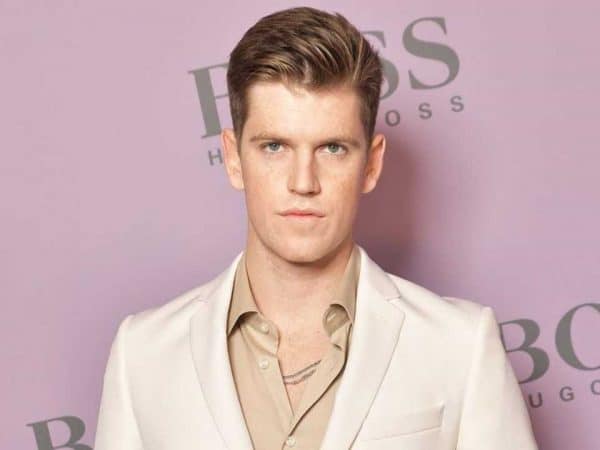 Miguel Bernardeau is a 25 years old Spanish actor. He is best known for his performance as Guzman Nunier Osuna in Netflix’s thriller teen drama series “Elite”. The fourth season of the series started premiering on Netflix on June 18, 2021. As of 2022, Miguel Bernardeau net worth is estimated to be around $600 thousand.

Miguel Bernardeau was born on 12th December 1996 in Valencia, Spain. He was born to parents, Migeul Angel Bernardeau, and Ana Duato. His mother, Ana Duato is an actress, and his father, Miguel is a producer. For his study, he moved to the United States and joined Santa Monica College, where he studied Dramatic Art. Later, he studied acting at a Los Angeles-based academy, The American Academy of Dramatic Arts.

Miguel began his acting career in 2016 by appearing as Alpuente in the Spanish prime-time TV drama series “Cuentame como paso”. The series was produced by his father. In 2017, he started appearing as Toni in the Spanish TV series “Inhibidos”. He showed up in the series for seven episodes. Following that, he continued to impress the audience with his splendid performance. In 2018, he received wide recognition after he played the role of Isaac in the Spanish series “Sabuesos”.

Miguel’s first step towards stardom arrived when he was cast as Guzman Nunier Osuna in Netflix’s teen thriller drama series “Elite”. He has been a part of the since its first season and getting overwhelming response from the audiences. The first season of the series premiered on October 5, 2018, on Netflix. The series received positive feedback from both critics and audiences. His character is also one of the loved characters of the series.

The fourth season of the series was released on Netflix on June 18, 2021. As audiences were waiting for the new season to get released on Netflix, the wait has been finally over. The series has an interesting storyline, which revolves around the three working-class students, and their wealthy students.

Miguel has also been quite impressive in other TV series such as “Caronte”, “Todo lo otro”, “Playa Negra”, and “1899”. Likewise, he has been a part of two movies. He made his movie debut in 2017 with the movie titled “It’s for Your Own Good”. His next movie appearance came in the 2018 movie “Ola de crimenes”.

Miguel Bernardeau stands to be at a height of 5 feet 9 inches or 175 cm tall and weighs around 70 kg or 154 pounds. His body stats like chest size, waist size, and arms size are not available at the moment. Likewise, his hair color and eye color are both light brown.

Miguel Bernardeau has been dating Spanish singer, Aitana since 2019. He confirmed that he is dating Aitana in the summer of 2019 through Instagram. In August 2019, it was clear that he is in a relationship with Aitana, when he posted a picture with her, where both were seen kissing each other.

Miguel loves all sorts of adventures. Most of the time, he is seen posting adventurous posts on his Instagram. Miguel’s favorite hobbies are surfing, swimming, and hiking. He is also a dog lover. Miguel is often seen showing off his two dogs named Mimi and Marley on Instagram.

As of 2022, Miguel Bernardeau has gathered an approximate net worth value of around $600 thousand. He has earned all the money from his acting career. Miguel is just at the starting phase of his career, and he is yet to more success in upcoming years. He also has a dream to work on Hollywood movies. If he succeeds his dream, he would be earning a whopping amount, and his net worth skyrocket in the next few years.

Joey Lawrence Net Worth: How Rich is the Actor Actually?