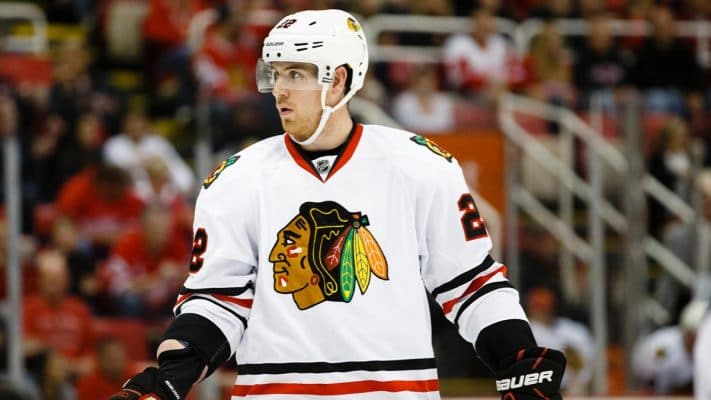 Jimmy Hayes was an American professional ice hockey player. He is best known for playing ice hockey in the National Hockey League (NHL). Hayes was picked up in the 2008 NHL Entry Draft by the Toronto Maple Leafs. He died at 31 years of age on August 23, 2021. Jimmy Hayes net worth at the time of his death is estimated to be around $5 million.

Jimmy Hayes was born James Ryan Hayes on the 21st of November, 1989 in Boston, Massachusetts, United States. He has a brother named Kevin Patrick Hayes, who is also an Ice Hockey Player. Likewise, his cousins, Keith Tkachuk and Tom Fitzgerald are former NHL players.

Jimmy competed at the 2005 Four Nations Tournament as a member of the U. S. National U-17 Team in 2005-06. After that, he went on to compete at the U-18 Ivan Hlinka Memorial Tournament for the 2006 U. S. U-17 Select Team. Then, he got a chance to play with the Ohio Junior Blue Jackets after he was picked up by the team in the 2006 USHL Futures Draft.

Jimmy then played ice hockey as a member of the under-18 team for the USA Hockey National Team Development Program (NTDP) in 2006-07. That year, he also competed at the 2007 IIHF World U18 Championships, where he was one of the members of the silver medal-winning Team USA. He played with the NTDP for the second season in 2007-08.

You May Also Like:   Daniel Berger Net Worth: How Rich is the Golfer Actually?

Hayes was traded to the Lincoln Stars from the Ohio Jr. Blue Jackets in February 2008. He played a 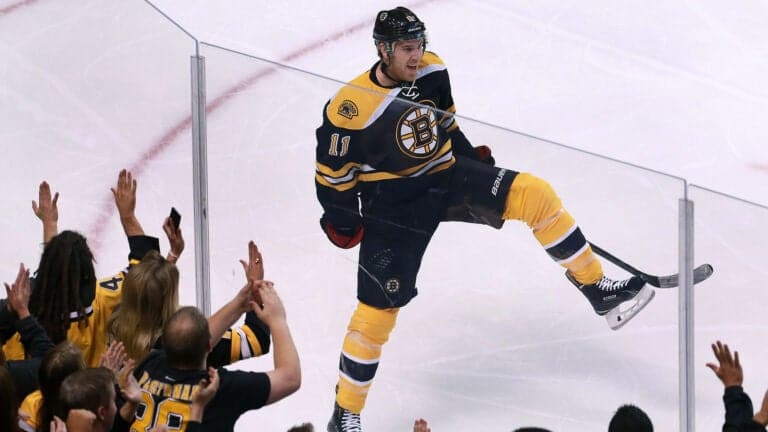 total of 21 games with Lincoln, where he scored 4 goals and made 11 assists. Hayes was picked up in the second round by the Toronto Maple Leafs in the 2008 NHL Entry Draft. In his freshman year, he scored 13 points in a total of 36 games. He was ranked 5th on the overall team, and at the end of the season, he made 75 shots.

Jimmy’s professional ice hockey career began after he was traded to the Chicago Blackhawks on June 26, 2010. He played his first NHL game on December 30, 2011, against the Detroit Red Wings. Though, he made his first goal in his second game against Devan Dubnyk. On April 21, 2012, he competed in his first-ever Stanley Cup playoff game, where his team played against the Phoenix Coyotes.

Hayes was traded to the Florida Panthers on November 14, 2013, for the 2013-14 season. He had his first full season with the Panthers in NHL, where he scored his career-high 19 goals and made 35 points in total 72 games. Hayes was traded to the Boston Bruins as a restricted free agent on 1st July 2015. For the new team, he scored his first goal against the Colorado Avalanche on October 14, 2015.

Jimmy scored his first-ever NHL hat trick against the Ottawa Senators, where he lead his team to get the victory with 7-3. In 2016-17, he had his career-worst season, and the Bruins released him from the remaining years of his contract. Then, he signed a one-year contract deal with the New Jersey Devils on October 1, 2017.

You May Also Like:   Dikembe Mutombo Net Worth: How Rich is the NBA Legend?

Hayes was signed to the new team, the Pittsburgh Penguins on July 1, 2018. He was reassigned to the team’s AHL affiliate team, the Wilkes-Barre/Scranton Penguins before the 2018-19 season during the Penguins training camp.

Jimmy Hayes was married to Kristen Hayes. He met her through a mutual friend, and after dating for a couple of years, the couple got engaged. The pair exchanged their wedding vows in July 2018. He has two sons from his married life.

Hayes was found dead at his Milton, Massachusetts house on August 23, 201. The cause of his death is still not known. His former ice hockey teams have paid tribute to the player through social media. The Pittsburgh Penguins team tweeted “We are deeply saddened to learn of the passing of former @WBSPenguins forward, Jimmy Hayes.”

Jimmy Hayes had a net worth amount of $5 million before he died on August 23, 2021. He has gathered a huge amount from playing in different professional ice hockey teams. Hayes signed a one-year contract worth $925,000 with the Florida Panthers on November 14, 2013, and he signed a 3-year contract worth $2.3 million per year with the Boston Bruins on July 6, 2015.

Nerlens Noel Net Worth: How Rich is the NBA Player Actually?

Herschel Walker Net Worth: How Rich is the Retired NFL Player?