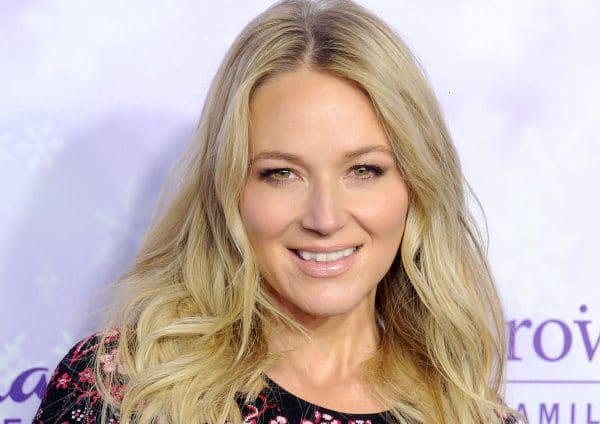 Jewel Kilcher is a 48 years old American singer, songwriter, actress, and author. She claimed prominence after the release of her debut album “Pieces of You” in 1995. To date, she has sold more than 30 million albums worldwide and has received 4 Grammy Award nominations. As of 2022, Jewel net worth is estimated to be around $35 million.

Jewel Kilcher was born on the 23rd of May, 1974 in Payson, Utah, United States. She was born to her parents, Attila Kuno and Lenedra Kilcher. Her parents separated with a divorce when she was 8 years old. She has an elder brother, Shane, and a younger brother, Atz Jr. Jewel lived with her father after her parent’s separation. Along with her father, she used to perform music in roadhouses. It also became a source of earning for the father-daughter duo.

Jewel received a partial scholarship to study at the Interlochen Arts Academy. She was working at a dance studio at that time when the studio instructor referred her to apply to the Academy. She got classical training and learned to play guitar while staying at Michigan. Following her academy graduation, she shifted her place to San Diego, and there, she worked in a coffee shop. She also worked at a computer warehouse as a phone operator.

In her struggling days, she had lived in her car. She would be giving her street performances all around the country by traveling in her car. In August 1993, she was discovered by the manager of the local San Diego band Rust, Inga Vainshtein. He later went on to become her manager. In 1995, at the young age of 21, she released her first album titled “Pieces of You”.

Jewel’s debut album turned out to be the breakthrough of her career. The album became the biggest hit which was sold more than 12 million copies in U. S. alone. The three songs from the album titled “Who Will Save Your Soul”, “You Were Meant for Me”, and “Foolish Games” were the much-loved songs of the album.

Jewel came up with her second studio album titled “Spirit” on November 17, 1998. The album peaked at 3rd spot on the Billboard 200. The lead song from the album “Hands” peaked at the 6th spot on the Billboard Hot 100 chart. Jewel continued to shine with the release of her other albums “Joy: A Holiday Collection”, “This Way”, “0304” and “Goodbye Alice in Wonderland”.

Kilcher was signed to Valory Records in November 2007, and she released her first country album titled “Perfectly Clear” on June 3, 2008. The album peaked at the first spot on the Billboard Country Album Chart. Jewel’s twelfth studio album “Picking Up the Pieces” was confirmed on July 21 and was released on 11 September 2015. Besides singing, she has also appeared as an actress in Hallmark Channel’s series  “The Fixer Upper Mysteries” in 2017.

Jewel Kilcher was married to pro rodeo cowboy, Ty Murray on 7th August 2008. She tied the knot with Murray after 10 years of relationship. On July 11, 2011, she delivered a baby boy named Kase Townes Murray. On July 2, 2014, Jewel announced through her website that she would be divorcing Murray.

Following the separation from ex-husband Murray, she started dating NFL quarterback Charlie Whitehurst in 2015. Though, the relationship didn’t last for long. However, in 2020, Jewel confirmed that she has got back with her former athletic beau, and revealed that she is in fact dating Charlie for nearly a year.

As of 2022, Jewel Kilcher’s personal wealth is estimated to be around $35 million. She has bagged the hefty sum from her music career and tour events. Kilcher and her former hubby, Murray sold 1,781 square foot house for $1.4 million in 2009. Likewise, the former couple sold their 2,200-acre cattle ranch for $335,000 in 2016. Jewel reportedly purchased a $1.3 million worth home in Nashville, Tennessee.

Matisyahu Net Worth: How Rich is the Singer Actually in 2022?