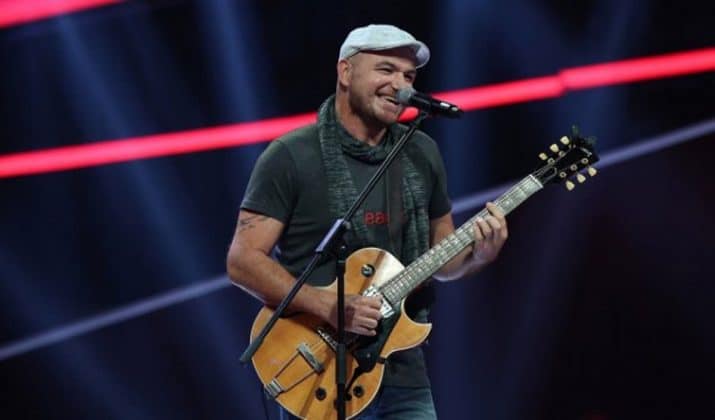 Jeremy Olivier is a Cape town based musician, singer, songwriter, and recording artist. He has performed on the singing reality show “The Voice SA”, where he finished as the third runner-up. Jeremy Olivier net worth is still under review at the moment.

Jeremy Olivier is believed to be originally from Cape Town, South Africa. Though, Jeremy has mentioned that he has spent his childhood days growing up in Zimbabwe. While staying there, he used to go on hunting and fishing along with his father. In fact, he has mentioned his dad as the best storyteller on this planet. Sadly, he lost his father in 2013.

Jeremy has been a big fan of Zimbabwe musician, Oliver Mtukudzi. He stated that the singer has played a major role in his musical journey. In fact, he was greatly influenced by his music.

Jeremy started his music career by being a session guy. He used to be more in the background mostly singing the cover songs.

Earlier, he had a fear of getting rejected. Thus, he has a hesitation if he would ever be able to create his own music and perform live in front of live audiences. He wanted to win the audience’s heart through his mesmerizing songs. Oliver has even stated that his utmost priority is to win the people’s hearts than to give perfection in a song.

You May Also Like:   Barry Manilow Net Worth: How Rich is the Singer Actually in 2022?

Jeremy participated in the first season of the singing reality show, The Voice SA in 2016. He sang the song All of Me by John Legend in the singing contest. With just his first note of the song, he was able to get the coaches to press the red buzzer. Jeremy, in fact, got all the voice coaches on their feet. Jeremy passed through all the rounds before he finally entered the finale of The Voice SA.

He sang the single “Moves Like Jagger” in the finale. Though he didn’t win the title, he was successful to impress judges and audiences. He finished in fourth place in the singing reality show. The winner of the reality show was announced by Richard Stirton on May 22, 2016.

Jeremy also has a YouTube channel titled, Jeremy Oliver Music. However, he is yet to gather a mass number on his channel. As of this writing, the channel has 548 Subscribers. On October 22, 2016, he got a chance to share a stage with his idol, Oliver Mtukudzi.

He uploaded the video of nostalgic moments singing with his music idol on February 13, 2019. Jeremy wrote, “I am so grateful to have performed on stage with my hero.” Jeremy is currently working on his new album titled “Changing World”. He made a video on how he got from Africa to New York, where he shared a glance of his upcoming album.

Jeremy Oliver is possibly married. While he appeared in the blind audition of The Voice SA, his wife and daughter were cheering him up. That makes us believe that his family completely supports him and his music dream.

You May Also Like:   Luis Felber Net Worth: How Rich is Lena Dunham Husband Actually?

Jeremy Oliver might have collected some amount from his musical journey. However, his exact net worth figure has not got revealed yet.