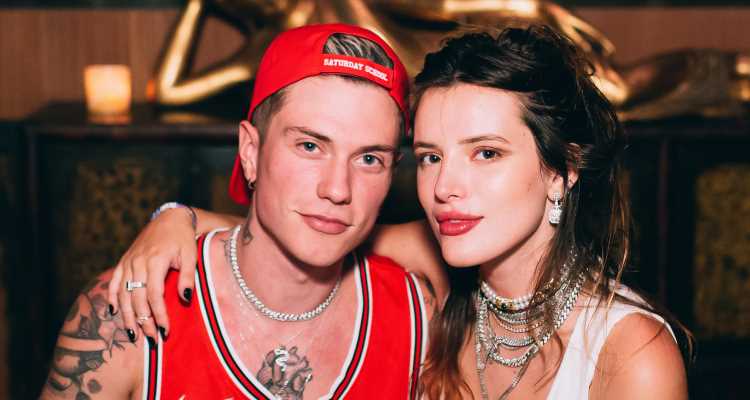 Benjamin Mascolo is a pop singer from Italy. He is best recognized as a one-half singer of sensational Italian duo, Benji & Fede. Benjamin is presently in limelight for being in a relationship with famous American actress, Bella Thorne. As of 2022, Benjamin Mascolo net worth value is summed up around $2 million.

Benjamin Mascolo was born on June 20, 1993, in Modena, Emilia-Romagna, Italy. Most of the information related to his early life, family, and education details are still missing. He has been passionate about singing from an early age. He created a YouTube channel at 15 years of age and started uploading cover songs.

However, he did not get a good response from his early songs as he expected. After two years, he found a new way to his career destination after he met Federico Rossi through the internet. Soon, they formed a YouTube channel named Benji & Fede on February 3, 2013.

In 2014, Benjamin and Federico participated in the Sanremo Festival. However, they failed to cross the preliminary selections stage. Despite the early failure, they didn’t get disappointed and worked hard on their ultimate career goal, which was music.

The duo released their first cover song “She Will Be Loved/One More Night” on their channel. The song received a good response from audiences. They released their second cover song from One Direction’s “Little Things”. It generated over 300K views on YouTube.

On December 22, 2013, they released their own Italian song called “I O E LEI”. The song was a massive hit, which earned over 3 million views on YouTube. After that, they continued to impress audiences with their sensational music.

The duo’s most popular songs to date are “Ideali”, “Da Quando Si Ce Tu”, and “Tutti I Mei Problemi”. The three songs have crossed a million views on YouTube.

Benji & Fede is currently signed to Warner Music Italy. Under the record label, they released their debut album titled “20:05” on October 9, 2015. The album was a massive hit that received a platinum certificate from Italian Music Charts. In fact, the album generated good sales revenue with over 50 thousand copies sold in the market.

To date, the duo has released three albums “0+”, “Siamo Solo Noise” and “Good Vibes”. All albums were a big hit. In fact, their last released album Good Vibes was certified Gold. The duo’s latest big hit was Dove E Quando which was released in June 2019. The song received over 140 million views on YouTube.

Benjamin Mascolo currently stands at a height of 5 feet 9 inches or 1.75 m tall and weighs approximately 70 kg or 154 pounds. His body stats like chest size, waist size, and arms size are not known at the moment. He likes to dye his hair in different colors mostly brown. Likewise, his eye color is blue.

Benjamin Mascolo has earned an estimated fortune of $2 million by 2022. Besides earning a good amount from album sales, he is also collecting substantial amounts from Benje & Fede YouTube Channel. Sources revealed that the channel is making an annual earning of over $500K.

Jeremy Olivier Net Worth: How Rich is the Musician Actually?

Tate McRae Net Worth: How Rich is Canadian Singer Actually?