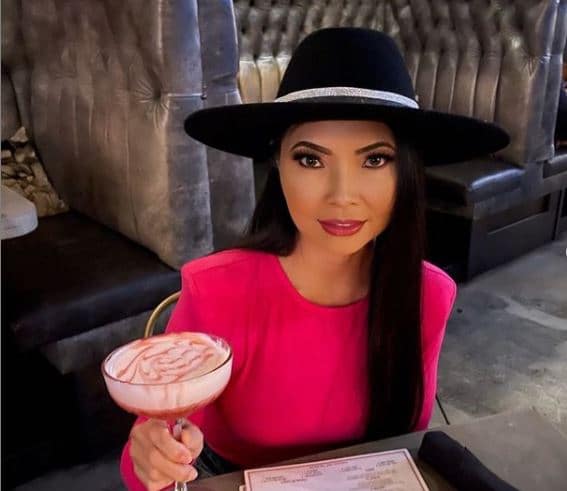 Jennie Nguyen is a Vietnamese-American reality TV star, who is best known for being one of the main cast members of Bravo’s reality TV series “The Real Housewives of Salt Lake City (RHOSLC)”. She was introduced as the new cast member of the reality series on the second season which premiered on September 12, 2021. As of 2022, Jennie Nguyen net worth is estimated to be roughly $3 million.

Jennie Nguyen was born in Vietnam. Her real date of birth is still missing. However, sources have revealed her age to be around 46. Jennie has spent her early days in Vietnam. When she reached 7, she and her family left the country. As they were escaping in a boat, they were captured by the Thai pirates. Later on, they were placed in a Thai refugee camp.

Jennie and her family spent three years in the Thai refugee camp. After some time, they were sponsored by a Christian Church, and they eventually ended up in Long Beach, California. Jennie has not shared much detailed information about her parents.

You May Also Like:   Fahad Siddiqui Net Worth: How Rich is Safa Siddiqui's Husband?

Nguyen is described as a successful businesswoman by Bravo TV. As per the reports, she owned several medical spas. Nguyen came to everyone’s attention the first time when she showed up in the reality show RHOSLC as a friend of Lisa Barlow. Lisa and Jennie are good friends, and they share a good bond.

Jen Shah, one of the main cast members has mentioned her as a little firecracker. Jennie seems to be a perfect fit for the show as she speaks her mind, gets sassy and at the same time, also gets into trouble. Likewise, she also has a good sense of fashion which would be perfect for the show.

Jennie has reportedly sold her business and is currently focusing more on parenting her kids. She also loves to cook, which she often shares through several social media platforms. Jennie has an official YouTube channel named JennieNguyenLuv, where she has uploaded several videos on cooking different recipes. To date, she has made six videos on her YouTube channel.

Jennie made her first YouTube video on April 9, 2021, with the title Quick & Easy Mashed Potatoes with Jennie. Though, she has not gained maximum views on her videos. She has uploaded her most recent video on August 20, 2021, which has the title “Making Shaking Beef with Jennie”.

Jennie Nguyen is married to a chiropractor, Dr. Duy Tran. Together, they share three kids named Atlas, Triton, and Karly. Her youngest kid, Karlyn has already published a children’s book titled “The Mysterious Forest”. Jennie’s husband Duy has also been a part of the RHOSLC, where he is pressuring Jennie to have few more kids. However, Jennie doesn’t want to have any more kids.

As of 2022, Jennie Nguyen’s personal wealth is estimated to be roughly $3 million. She must have earned a big amount from running medical spas, and through her appearance on Bravo’s reality show “RHOSLC”.

Shay Johnson Net Worth: How Rich is the Love & Hip Hop Star?