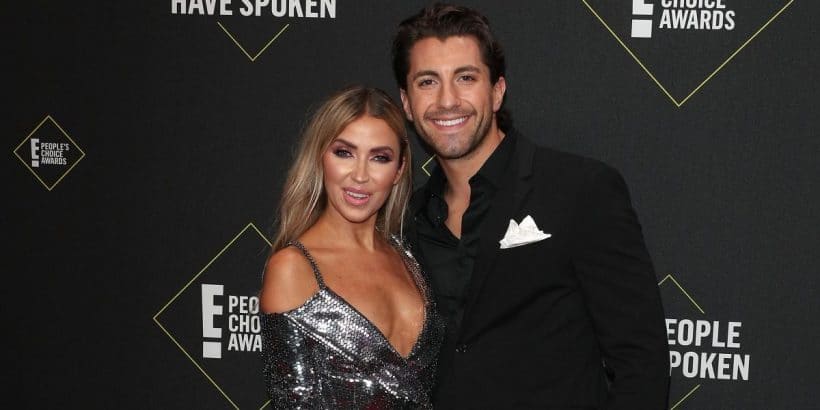 Jason Tartick is an American reality TV personality and entrepreneur. He is best recognized for his appearance on the 14th Season of ABC’s reality show “The Bachelorette”. As of 2022, Jason Tartick net worth is estimated to be around $1 million.

Jason recently proposed to former Bachelorette star, Kaitlyn Bristowe on May 11, 2021. The proposal video was shared by Tartick on his verified TikTok account.

Jason Tartick was born on 24th October 1988 in the United States. He was born to parents, Gary and Dale, who often makes an appearance on his Instagram. Jason was raised along with two siblings. One of his siblings, Steven Tartick works as an Executive Creative Director in an advertising agency, RPM. His brother, Steven is married to Billy Rosen. He often mentions Steven and his husband Billy, as his role models. Likewise, he has a sister named Chrissy.

For his study, he attended Williamsville East High School. In 2006, he joined the State University of New York College, where he majored in Bachelors of Science, Business Administration. In 2013, he got enrolled at the University of Rochester-Simon Business School. He came out as a University graduate in 2016, holding a degree in Accounting and Finance.

Jason first started working as a Vice President-Senior Middle Market Banker for Key Corporation & Commercial Bank in May 2010. There, he worked for nearly 10 years. As a banker, he was relocated 9 times and executed more than $150 million of lending to many companies. The lending generated the bank an estimated revenue of over $20 million.

His banking experience has turned him into an investor in “Evoke Foods & The Fintron Invest App”. In January 2020, he founded an educational consulting company called Restart. Through the company, he provides information on financial, professional, and personal wellness.

Jason was not recognized until he appeared in the 14th season of the reality show, The Bachelorette. He was eliminated in the 9th week, finishing at 3rd place. After that, he started getting many hosting opportunities. He was even seen co-hosting E! Daily Pop, Live from E!, and Yahoo Finance.

Tartick further made an appearance on other shows like The Today Show, Fox News, Entertainment Tonight, The Ellen Tube, CNN, and Ryan Seacrest Show. Besides that, he also hosts a Podcast, Trading Secrets. He is also a motivational business speaker, who has spoken at many Universities and motivated students.

Jason Tartick is currently in a relationship with the former Bachelorette, Kaitlyn Bristowe. The couple recently got engaged after Jason proposed to her at the same place where they met the first time. Jason and Kaitlyn had their first meeting during an episode of the podcast, Off the Vine in 2019.

Jason shared a portion of his proposal on his official TikTok account. Likewise, his lady love, Kaitlyn posted a photo of her wearing the engagement ring on Instagram. The couple is currently living a splendid moment in Nashville, TN.

As of 2022, Jason Tartick’s personal wealth is estimated to be around $1 million. He has generated huge money from his entrepreneurial venture, and appearances in different TV shows. On the other side, his fiance Kaitlyn Bristowe has an estimated net worth of $2 million.

Rick Leventhal Net Worth: How Rich is Kelly Dodd’s Husband?

Brandi Passante Net Worth: How Rich is the TV Star Actually?